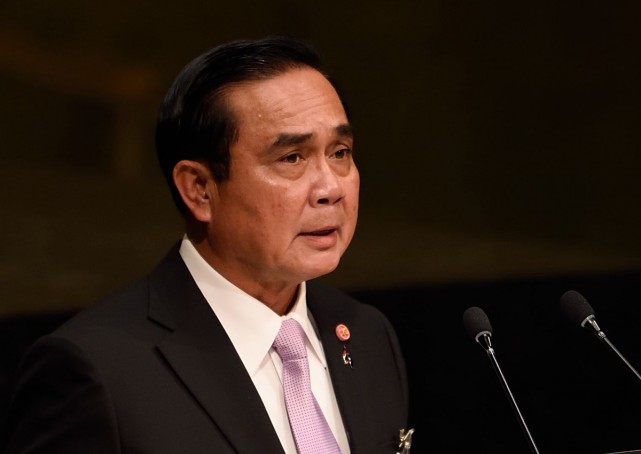 DESPITE international criticism, Thailand was right to repatriate two Chinese activists last week as they are citizens of China and they committed a crime, the Chinese ambassador to Thailand said yesterday.

“Obviously, the two activists overstayed in Thailand and violated immigration rules,” Ning Fukui said in an interview with Suthichai Yoon, adviser to The Nation’s editorial board.

“Since they are Chinese citizens, they had to be returned to China. This is normal-security co-operation between Thailand and China.”

The Thai government’s decision to repatriate the two Chinese activists, Dong Guangping and Jiang Yefei, prompted international criticism, notably from the US and the United Nations, as the two were recognised by the United Nations High Commis-sioner for Refugees (UNHCR).

Prime Minister Prayut Chan-o-cha yesterday defended his government’s decision to repatriate the two activists as arrest warrants had been issued for them in Beijing.

He said the UN did not understand the situation and wanted Thailand to grant them shelter for a few days as persons of concern. But “that was impossible”, he said.

Prayut said he did not mind the reaction of the international community as he made the decision for the stake of the national interest. “We did this for the benefit of Thai people in accordance with Thai laws,” he said.

Glyn Davies, the US ambassador to Thailand, raised the matter during a meeting with Deputy PM Prawit Wongsuwan on Tuesday yesterday. He said Washington was deeply disappointed over the Thai decision. He said the activists should not have been sent to China as they might face prosecution and torture.

But Ning said: “To me, some outsiders’ concerns over the issue are unreasonable.”

Possibly in response to Davies’ concerns that the activists might be prosecuted and tortured, Ning insisted the activists would be treated fairly. “China is a legal state and we will process everything legitimately,” he said.

He said China had not received sufficient evidence that the two men had been recognised as refugees by the UNHCR. “But we strongly hope that the UNHCR will not bring Chinese law violators into the political agenda.”

This is not the first time this year that Thailand has obliged Beijing by deporting people of interest to the Chinese government. In July, Thailand forcibly returned more than 100 Uighurs to China.

Ning said the Chinese government never pressed the Thai government to do that.

This action came at a price for the Thai government. The Thai Consulate in Istanbul was attacked by the Turkic community in Turkey, who were angry at the treatment of the Uighurs. The August 17 bombing of the Erawan Shrine was also believed to be connected to the repatriation.

The governments of Thailand and China said the minorities had to be returned to China as they were involved in human trafficking. Some of them were victims and some were traffickers.

“I think that both governments, much like the rest of the world, promise to combat human trafficking. That’s why we alarmingly … co-operated to manage the Uighur people who had allegedly [illegally] entered Thailand,” the Chinese ambassador said. “China will treat those people fairly and legitimately. Concerns over the issue are unreasonable.”