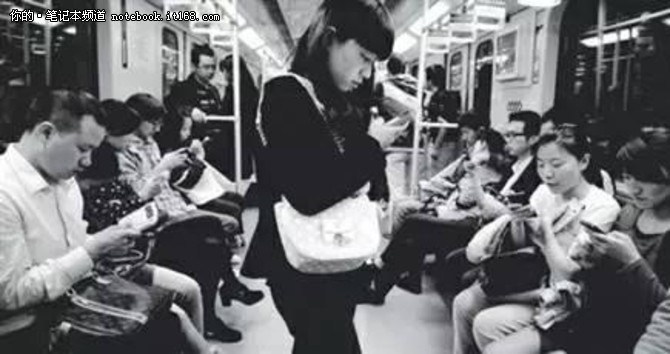 In China, you can use WeChat for just about everything—sending messages, transferring money, ordering a taxi, reading the news, even doing your laundry. But there is one thing that WeChat won’t let you do: discuss politically sensitive topics in a group.

Citizen Lab, a research group out of the University of Toronto, has for the past several months been analyzing how censorship works on WeChat, an app that is ubiquitous in China with well over 800 million users. While Citizen Lab has found evidence of censorship on WeChat in the past, its new report shows how the content that triggers censors gets updated as the environment of sensitive material evolves. They specifically looked at how WeChat treats messages related to China’s targeting of hundreds of human-rights lawyers—detaining, questioning, and disappearing them—in the so-called “709 Crackdown” that began on July 9, 2015.

By attempting to send messages with text related to the crackdown and the lawyers affected, Citizen Lab found that politically sensitive material simply does not get sent on WeChat at all. What’s more, the app does not tell users that their message has been blocked. This only affects users with accounts registered to mainland Chinese mobile phone numbers, and usually only in WeChat group chats, which allow up to 500 users to converse simultaneously.

Here is an example using the only English phrase that Citizen Lab found to be censored: 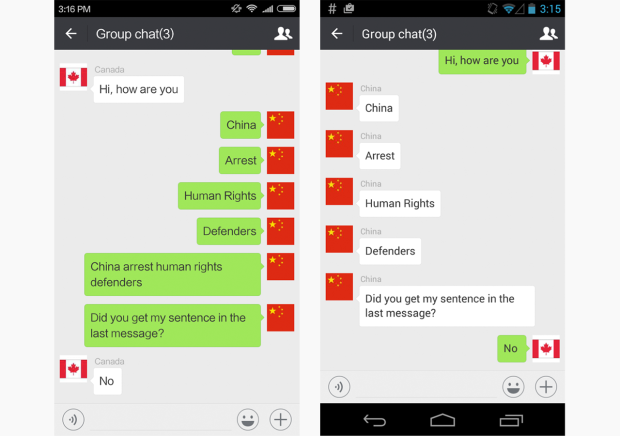 Message not received
This image also reveals that WeChat censorship uses a system that is more sophisticated than just blocking this or that sensitive word. While some terms, like “Falun Gong,” cause any message containing them to be rejected flat-out, the censorship usually works by looking for a combination of what Citizen Lab calls “keyword combinations.” In the example above, “human rights” is not blocked, but the full phrase “China arrest human rights defenders” is. Similarly, in Chinese neither of the phrases “China human rights” or “criticize Chinese government” alone get censored, but a message containing both does.

WeChat performs censorship on the server-side, which means that messages sent over the app pass through a remote server that contains rules for implementing censorship. If the message includes a keyword that has been targeted for blocking, the entire message will not be sent.

The researchers tested 709-Crackdown terms by attempting to send messages with the content of related articles from various international and Chinese news sites. Using this method, they identified 42 keyword combinations that get blocked by WeChat, noting that this list is likely not comprehensive. Most of these combinations contain the name of a lawyer affected by the crackdown.

All of these combinations, except one, are censored only in group chat. Only the combination “Taiwan + Voice Support + China Human Rights + Lawyer” was also blocked in one-on-one messages.

This shows that Chinese censors continue to be primarily concerned with larger-scale discussion of sensitive issues, and are willing to tolerate small outbursts of criticism between individuals. That may be because they think it is not worth the effort to censor everything, or that individual complaints don’t pose a real threat to the Communist Party system, or that they think small-scale protests are a useful release valve for discontent. Who knows?

Here is the full list of terms Citizen Lab has found to be blocked on WeChat, as of March 2017. (For more details on this list, including the original Chinese terms, see Citizen Lab’s Github page.)