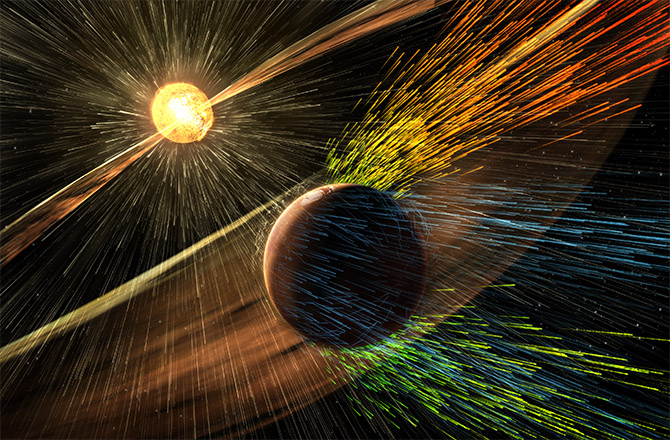 A solar storm that missed Earth but smashed into Mars last March dramatically confirmed long-held suspicions that the sun is blasting away the Martian atmosphere, and doing so at a rate that will leave the planet airless in another couple of billion years, if not sooner.

Water on Mars: Everything You Need to Know

Haven’t we heard this one before? The one about “water on Mars”? DNews breaks out what’s new about the latest Mars-water discovery compared to earlier findings.

The finding, reported among a quartet of papers in this week’s Science and detailed in another 44 papers in Geophysical Research Letters, has huge implications for understanding how Mars transitioned from a warm and wet climate early in its history — one that is believed to have been suitable to support Earth-type life — into the cold and dry planet that exists today. 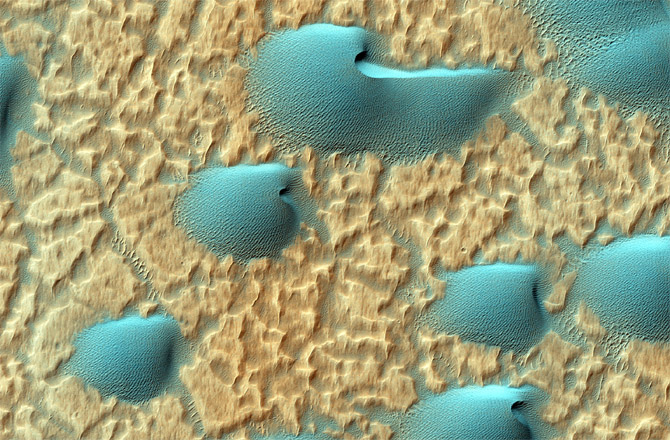 The assault on Mars’ atmosphere isn’t coming from solar activity alone. But the first big-picture results from NASA’s ongoing Mars Atmosphere and Volatile Evolution, or MAVEN mission, suggest the sun may be the most lethal offender.

Case in point: an interplanetary coronal mass ejection — a burst of gas and magnetism from the sun — that hit Mars on March 8, 2015, sending rope-like tendrils of magnetism shooting from Mars’ magnetic pockets to more than 3,100 miles into space.

As the storm hit, oxygen and carbon dioxide ions were catapulted high into the atmosphere and out into space, zipping along at speeds that were about 10 times faster than usual.

“We got this extreme event and wham We knocked a bunch of atmosphere out of Mars,” MAVEN scientist Jasper Halekas, with the University of Iowa, told Discovery News.

Scientists say that early Mars likely lost a bigger percentage of its atmosphere to solar storms than what is happening today because the sun was probably more active when it was young.

Still unknown is how much cosmic radiation and other phenomena, such as chemical reactions of atmosphere gases, are bleeding off Mars’ atmosphere.

Scientists also have not yet determined if Mars is adding to its atmosphere in any significant way. But extrapolating from the MAVEN measurements taken during the March storm and other solar events, Halekas figures that Mars may be completely out of atmospheric gas in about two billion years.

Other teams are working to understand the escape rate of other gases, such as isotopes argon-38 and argon-36. 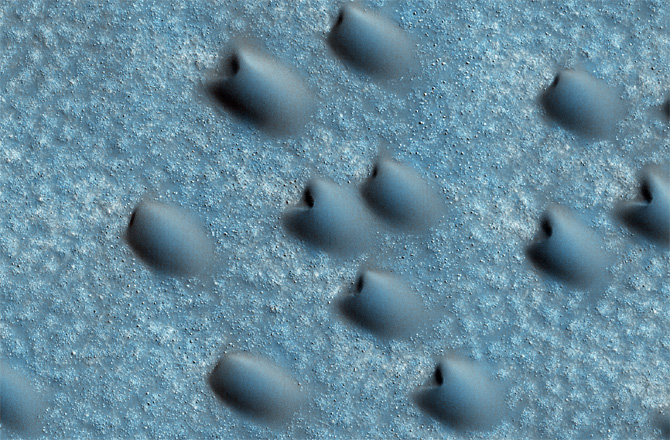 ANALYSIS: The Martian Winds WON’T Blow You Away

“Both of those are naturally occurring and non radiogenic. Once you put it in the atmosphere it stays there, but various processes can strip it away. That is a very clean measurement of how much gas has been lost,” University of Colorado planetary scientist Bruce Jakosky, lead MAVEN scientist, told Discovery News.

Ultimately, scientists plan to use the MAVEN measurements to help piece together the puzzle of what happened to Mars’ water. These first results bolster theories that most of the water escaped to space, as opposed to being locked in ice beneath the planet’s surface. 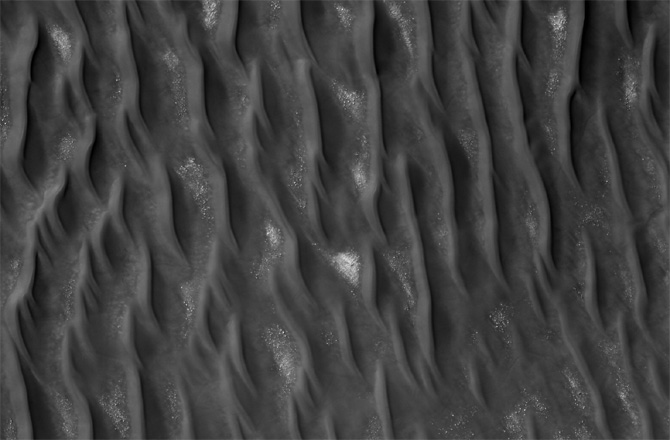