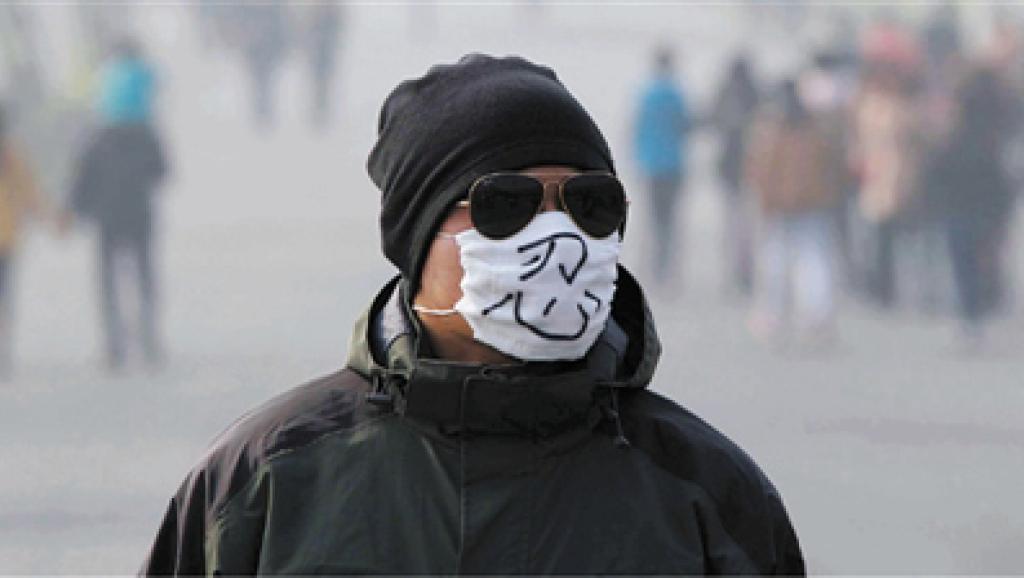 Except for Hualien and Taitung counties, other parts of Taiwan saw hazardous air quality levels, with most of the EPA’s monitoring stations in western Taiwan yesterday morning recording a level of 10 on the 1 to 10 PM2.5 index.

The poor air quality was attributed to a cold air front moving into Taiwan from the northwest that brought with it pollutants from China, the EPA said.

The air quality was expected to improve in northern Taiwan, beginning yesterday afternoon, but remain poor in the center and the south for a few more days because of local pollutants from factories and a lack of conditions enabling the pollutants to disperse, it said.

A coal-fired unit at the Taichung Power Plant was shut down Tuesday night in a bid to reduce pollutants, the agency said.

The EPA reiterated its advice that the elderly and those with chronic lung problems or heart disease should avoid prolonged outdoor activity while the PM2.5 index is so high, and that everyone should wear facial masks outside.

This story has been viewed 490 times.

Comments will be moderated. Remarks containing abusive and obscene language, personal attacks of any kind or promotion will be removed and the user banned.