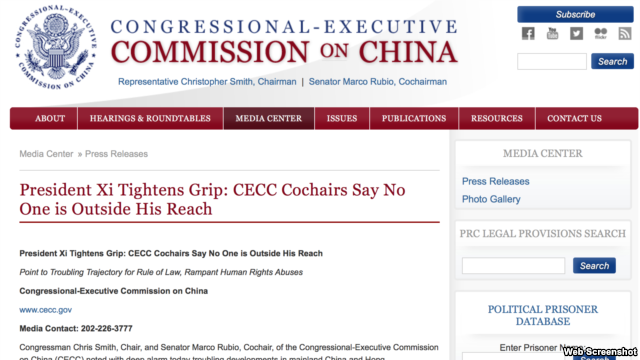 President Xi Tightens Grip: CECC Cochairs Say No One is Outside His Reach

“President Xi’s shift toward a hard authoritarianism is disturbing and counterproductive and will have global implications. Given recent events, it is unclear when it will stop or who next will be targeted—even foreigners and Hong Kong’s citizens cannot feel entirely safe. More than any time in recent memory, China is becoming a garrison state, with security forces empowered by new laws to silence dissent and drive a wedge between the Chinese people and the international community,” said Congressman Chris Smith. “The hard-won truth of history is that stability and prosperity are ensured through the advance of liberty, transparency, the rule of law, and the protection of fundamental human rights. Unfortunately, China’s leaders fear these ideas when they should embrace them as China’s future hope. Every time a human rights lawyer is silenced; every day Hong Kong’s freedoms are threatened; every time ethnic minorities face repression; and every time China jails another labor activist or religious believer is another blow to China’s international prestige, another obstacle to better U.S.-China relations, and another citizen permanently alienated from the ‘China Dream.’”

“Recent events in China are evidence of President Xi’s tightening authoritarian grip. On his watch the courageous rights defense movement is under assault, and brilliant lawyers are being cast as enemies of the state. On his watch civil society space is contracting, and NGOs supporting all manner of causes to include labor rights, are hamstrung by a climate of fear. On Xi’s watch, Hong Kong’s autonomy is under threat and Beijing’s reach is ever-expanding to include foreign soil and foreign nationals living, working, and doing business in China,” said Senator Marco Rubio. “In short, President Xi is ruling by fear, not by the rule of law. Millions of Chinese people yearn for the same basic rights that we as Americans enjoy, but their aspirations have been met with intimidation, imprisonment, torture, and even death. These realities must not be sidelined in the context of broader U.S.-China relations. There is both a moral and strategic imperative for the United States to prioritize advances in human rights and democratic governance in China because a government that does not respect the rights and basic dignity of its own people cannot be assumed to be a responsible actor in the global arena.”

Intensified Repression of Rights Lawyers: Several of the lawyers rounded up in the historic July 2015 nationwide sweep have been held, for as long as six months, under a form of secret detention referred to as “residential surveillance at a designated location.” In just the last two weeks, 15 lawyers, legal assistants, and activists were formally arrested. Eleven of the arrested, including Li Heping, Wang Yu, Wang Quanzhang, Zhou Shifeng, Li Shuyun, Liu Sixin, Hu Shigen, Zhao Wei, Liu Yongping, Gou Hongguo, and Li Chunfu were charged with “subverting state power”—a charge, typically reserved for “enemies of the state,” which carries with it a possible sentence of life in prison. Wang Yu’s husband, Bao Longjun, was charged with “inciting subversion of state power” as were fellow lawyers Xie Yanyi and Xie Yang. Legal assistant Gao Yue was arrested on charges of “assisting in destruction of evidence.” Fourteen of the 15 were being held in Tianjin municipality; Xie Yang is in custody in Changsha municipality, Hunan province. All have been denied access to legal counsel, or visits from family and friends. A recent letter from international legal experts expressed grave concern about the “risk of torture or other cruel and inhumane treatment” facing these individuals.

Note: Additional information about the 15 prisoners mentioned above can be found in the CECC’s Political Prisoner Database.

Crackdown on Labor Advocates and Non-governmental Organizations (NGOs): On December 3, 2015, police detained at least 18 labor rights advocates affiliated with five labor NGOs in Guangdong province. Reports indicate that more than 20 activists were interrogated by Guangdong police contributing to an overall climate of fear. By January 9, 2016, the day after several of the aforementioned lawyers were formally arrested and charged, authorities had approved the arrests of four labor advocates, Zeng Feiyang, Zhu Xiaomei, He Xiaobo, and Meng Han, and released two on bail, while another remains missing. These detentions follow increasing harassment of labor rights advocates and restrictions on labor NGOs, as documented in the CECC’s most recent Annual Report.

Note: Additional details about the recent crackdown on labor activists and NGOs can be found here.

Abduction and Forced Repatriation of Critics: Beginning in October 2015, several Hong Kong booksellers affiliated with the publishing house Mighty Current, best known for publishing books banned in mainland China, have mysteriously disappeared. A number of factors, including the recovery of publisher Lee Bo’s travel documents at his home after he was last seen in Hong Kong, have led many observers to view the disappearances as abductions symptomatic of yet another assault on Hong Kong’s autonomy and the freedoms of its residents. One of the publishers, Gui Minhai, went missing from his home in Thailand, further raising the specter of Beijing’s long reach. Just this week he appeared on Chinese TV claiming he had voluntarily returned to China to face justice for a crime he allegedly committed 12 years ago. Some analysts have suggested that the video had the feel of a coerced confession. On January 18, public security officials in Guangdong confirmed that Lee Bo was in mainland China. In one of the largest public protests since the pro-democracy Umbrella Movement in 2014, thousands of Hong Kong residents gathered outside of China’s government liaison office on January 10 demanding information about the disappeared booksellers.

Mistreatment of Foreigners in China: Peter Dahlin, a Swedish citizen and co-founder of the Chinese Urgent Action Working Group was detained by authorities earlier this month. He is being held under “residential surveillance at a designated location” and is accused of “endangering state security,” reportedly due to his NGO’s work training and providing assistance to rights lawyers. Earlier this week he appeared on Chinese television apologizing for having “hurt the feelings of the Chinese people.” In December, Ursula Gauthier, a French journalist, was expelled from China for an article she wrote about violence in Xinjiang. At the time of her expulsion, the Foreign Correspondent’s Club of China said, “Unless the authorities reverse their decision, this will be the first expulsion of a foreign correspondent from China since 2012. It is one of the most flagrant attempts, among many, to use the accreditation and visa process to threaten journalists.” American citizen Sandy Phan-Gillis continues to be held in a detention facility in Nanning, China. She disappeared in March while on a trade mission and was detained under “residential surveillance” for six months before being formally detained in late September. She has been denied access to lawyers and at various points has been held in solitary confinement and interrogated daily. She still has not been informed of the charges being levied against her. Also of note, the Hong Kong bookseller Gui Minhai is a naturalized Swedish citizen and Lee Bo is a British citizen.

11 months ago union for peace 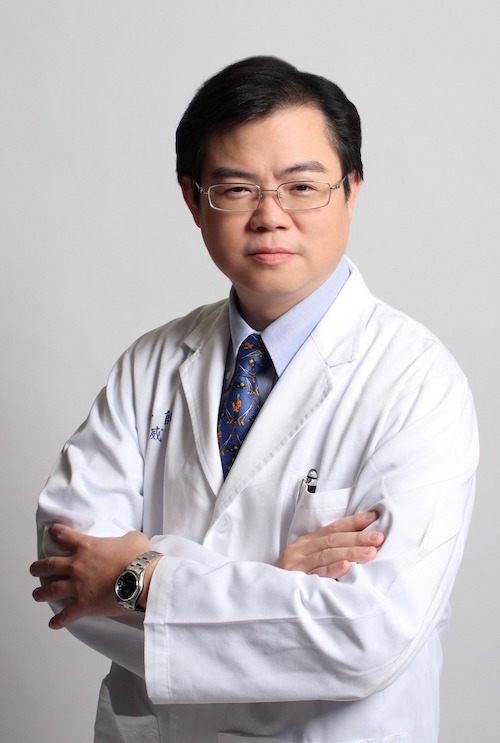