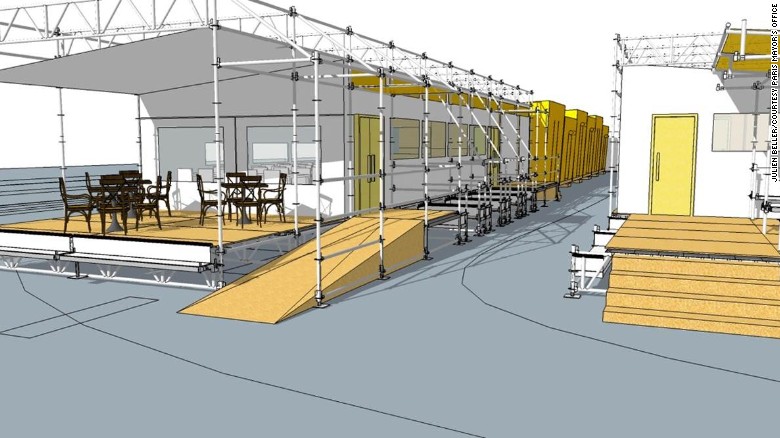 Paris will soon set up its first urban camps for refugees — one in mid-October and another later in the year — the city’s mayor announced Tuesday, just hours after an uninhabited migrant camp was reportedly set on fire south of the city. 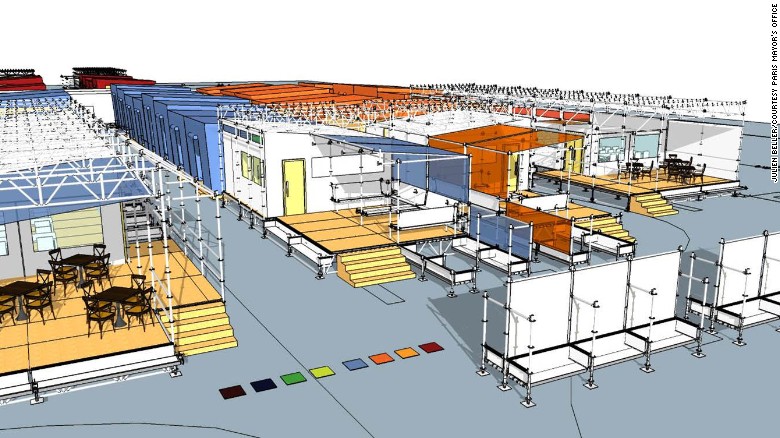 A visualization of a new migrant camp being built in Paris.

Mayor Anne Hidalgo gave details of the city’s plans for two camps, the first of which is being built on the northern fringe of the city — primarily to accommodate men for short-term stays. It has 400 beds and will have 200 more in the near future, she said.

It would also offer services to homeless newly arrived migrants, such as social care, legal aid, health and psychological care, and information on where else to find shelter, Hidalgo said in a statement.

Alan Kurdi’s journey: The children who survived and perished

“In the past two years, Paris has experienced an unprecedented flow of migrants. Every day, dozens of migrants arrive on our territory,” Hidalgo said, adding that the city has already welcomed around 15,000 refugees.

“However, makeshift camps continue to emerge in the public space. They are unhealthy and dangerous, and the migrants are living under shameful conditions. This has also become a source of disturbance for residents in the neighborhood.” 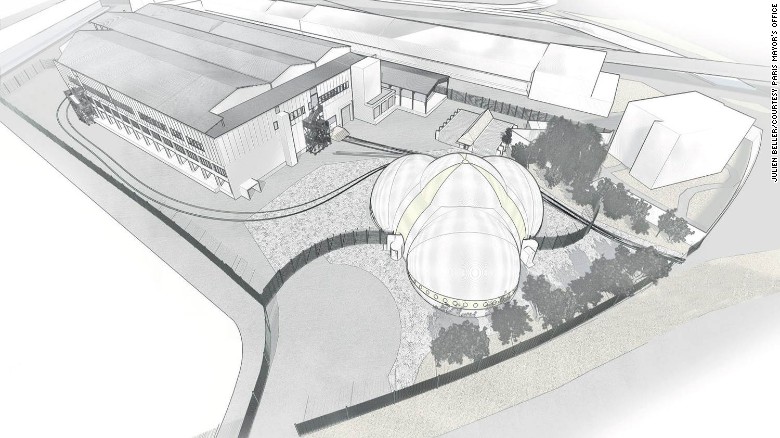 A second camp in the city’s southeast is under construction in an old waterworks site and will open in late 2016, Hidalgo said. It would be dedicated to serving the most vulnerable groups, particularly families, single women and children, she said.

Hidalgo had announced the camps earlier this year, but on Tuesday painted a picture of what they would look like.

Her comments come as an empty camp set up for migrants in Essonne, south of Paris, was seen ablaze overnight. French media reports suggest the fire was deliberately set in the area, where there has been fierce opposition to the camp.

The hospital tent is run by Medecins du Monde. They see many broken arms and legs, as well as cuts and scrapes after people have tried to climb into trucks and over fences. They are also seeing scabies and respiratory infections from the living conditions in the camp and the dust. 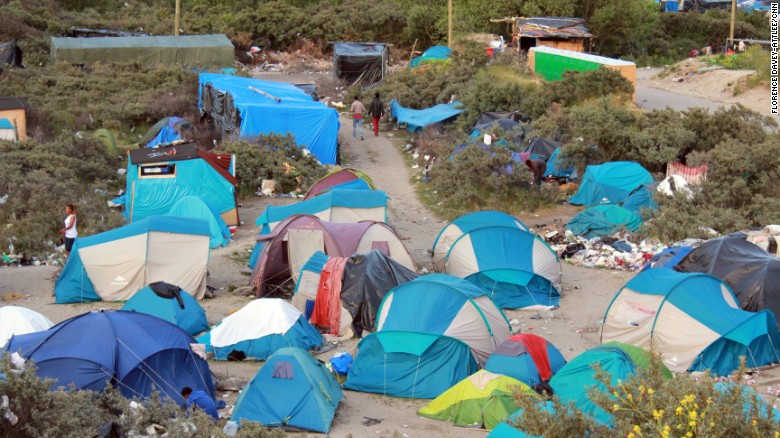 Photos: Inside the Calais migrant camp called “the Jungle”

The hospital tent is run by Medecins du Monde. They see many broken arms and legs, as well as cuts and scrapes after people have tried to climb into trucks and over fences. They are also seeing scabies and respiratory infections from the living conditions in the camp and the dust.

Hidalgo described the action as a “disgrace,” according to CNN affiliate BMFTV.

“Whoever did this should be incredibly ashamed of themselves. If they think this is what our country’s value are about, they are wrong. It is despicable, deplorable, and criminal to act this way. I hope that we will find them and sanction them,” she said.

The plans for the camps also come after French Interior Minister Bernard Cazaneueve pledged to close down the notorious camp in Calais known as “The Jungle,” where migrants are still living in the thousands in squalid conditions.

The new camps will be run by international charity Emmaus, which says one of its main objectives is to organize solidarity by pooling resources between member organizations.

Journalists Camille Verdier and Sandrine Amiel contributed to this report.