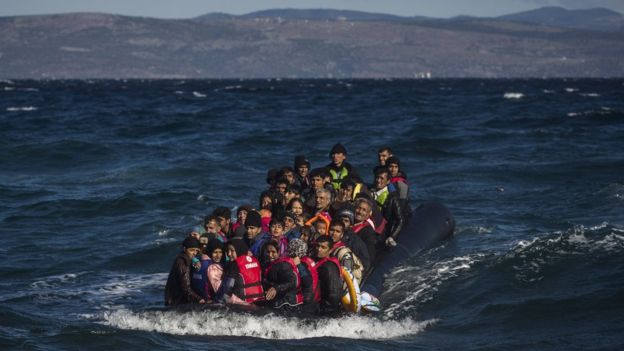 At least 22 migrants – many of them children – have drowned trying to reach Kalymnos and Rhodes from Turkey, in the second major boat tragedy off Greek islands this week.

Greek officials said 19 people died and 138 were rescued near Kalymnos.

Three others died off Rhodes and three were missing. Six were rescued there.

Greek Prime Minister Alexis Tsipras said he felt “shame” over “the inability of Europe to deal effectively with this human drama”.

Speaking in parliament, the left-wing Syriza leader condemned the “level of debate at a senior level, where one is passing the buck to the other” in the EU.

“Crocodile tears are being shed for the dead children on the shores of the Aegean, because dead children always arouse sorrow, but what about the children that are alive who come in thousands and are packed on the refugee trail? Nobody cares for them,” Mr Tsipras added.

Meanwhile, rescuers in southern Spain are searching for 35 migrants missing after their boat broke up on its way from Morocco. Four bodies have been found.

The unseaworthy, overcrowded boat set off from Alhucemas. Fifteen migrants were rescued.

In recent months the main migrant influx has been to the Greek holiday islands lying off Turkey’s Aegean coast.

Out of media player. Press enter to return or tab to continue.

In this week’s previous sinking in the Aegean, Greek authorities confirmed the deaths of 16 migrants off Lesbos after their boat broke up in rough seas late on Wednesday. Rescuers managed to save 274 people.

Thousands have been arriving on Lesbos every day after making the dangerous journey from Turkey. People traffickers usually pack them onto unseaworthy boats, often inflatable dinghies.

The UN estimates that more than 700,000 migrants have crossed to Europe by boat so far this year – many of them refugees from war-torn Syria. The approach of winter has so far done little to slow the flow.

The EU is deploying its Frontex border force to new “hotspots” – migrant reception centres in Greece and Italy where local officials are overwhelmed by the numbers. Frontex aims to help speed up the registration of migrants.

But Frontex is stretched – EU member states have not met their targets for equipping and staffing the agency.

Thousands continue to head north from Greece, braving freezing temperatures in the hope of getting asylum in Germany. 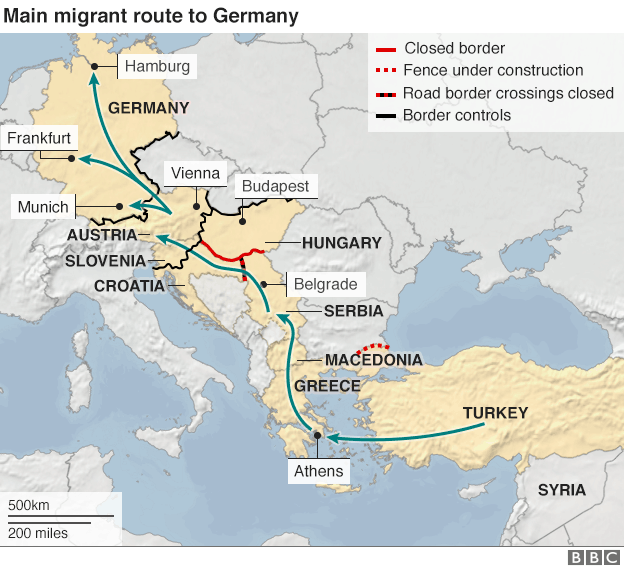 Germany expects to receive about one million refugees and migrants this year alone.