Easter original means the saver come from the east. Here is the Bible speaks of the coming of an Easterner:

Lo, I did tell you beforehand. ‘If therefore they may say to you, Lo, in the wilderness he is, ye may not go forth; lo, in the inner chambers, ye may not believe; for as the lightning doth come forth from the east, and doth appear unto the west, so shall be also the presence of the Son of Man; Matthew 24:25-27, The Bible, Young’s Literal Translation.

In both Buddhist and Christian texts there mentions a human doomsday period, and that there would be a savior coming to the Earth to save all beings. Professors Jixianlin and Qianwenzhong have discovered that the future Buddha Maitreya, and the Christian savior Messiah are the same person

Most of the religion or believe of the world talk about there is a saver will come in the last page of human history. his name is Messiah in western, in middle east or India call Maitreya, in china call mile, the sound is a bit different in Chinese, Chinese people doesn’t like to pronounce long, some how its translate from Maitreya from XuanZang in Tang Dynasty. Messiah and Maitreya come from the same roots of ancient Tocharian language from center Asia, in this language, Messiah is Maitreya, is the same word, means kindness,compassion. just when translate to the east is Maitreya, but the west call Messiah. 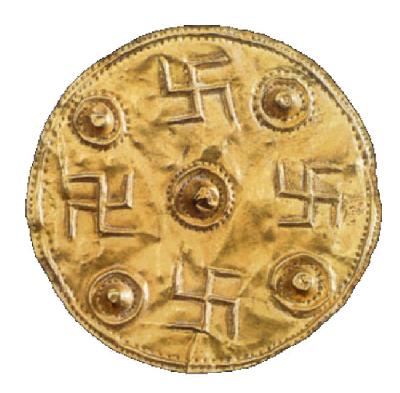 Whether in the new bible or the Old bible, all prophesied savior Messiah’s will come at the last moment of humanity. In their religious legend, before the Savior Messiah will come to earth, the sign for his arrival said to be the formation of Israel, and from that time we will be able to see him.

During the period at the end of World War II, Israel is really a complex country under the eyes of the world after thousands of years of wandering. In May 13, 1948, In Jerusalem, Jewish General Assembly declaration, announced that the Israeli Zionist had come into recognition and existence.

In the East, there also came into being the documented future Buddha the Maitreya (chakravartin) comes, another major signal of the World. Buddhist scriptures 8th Paragraph stated: Udumbara flower is auspicious and supernatural, it is the flower from heaven, not from human world, if Tathagata come, or king of the golden falun appear worldly, with large blessing and morality force, will sense and touch this flowers appear. “ 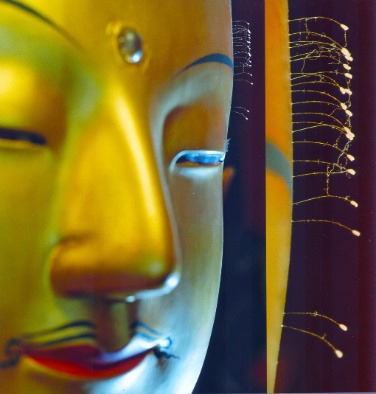 The Udumbara flower blooms in Korea

Since 1992, there have been found the holy Udumbara. Udumbara has no roots, no leaves, no water, soilless; botanist are staggering nowadays. 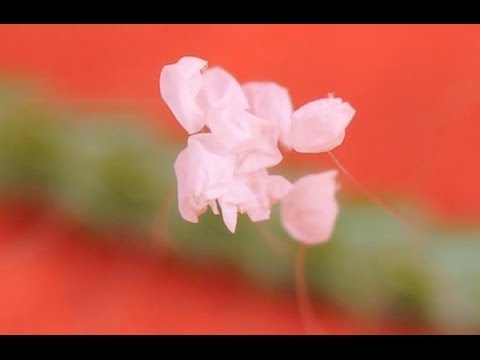 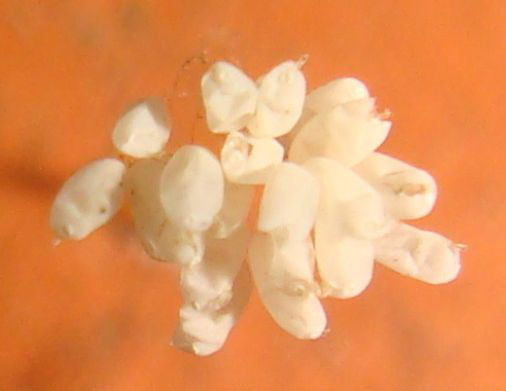 The civil statues and prophecy EXPRESS

The Chinese folk have retained the shape of the Maitreya, as a laughing Buddha, with eighteen children playing around the body, eighteen children in Chinese character synthetic “Lee” word, that herald “Maitreya bring the law to the people in doomsday nowadays, which is the human body surnamed is Li. “The legend associated with Maitreya and 18 children Statues has been hand down till now.

Korea prophecy: What is a saint, Muzi surname (surnamed Li), born in rabbit year, in April, north of thirty-eight line (Koreas dividing line), under three mountain (Changbai Mountain Gongzhuling) …… The sage is king of the king in heaven, also called Falun deities, human known as Maitreya when down to the earth.

Liubowen’s also predicted: “when Maitreya through the virtual world to this world in the eyes of Golden Rooster territory in china, misfortune end, dragon meet the tiger, Rabbit years to transit, Muzi surname “means that the future Buddha Maitreya, reincarnation in the Year of the Rabbit transit China, where born in jilin province, the eyes place (Jilin Province) of “Rooster” territory in china, “Muzi” (Lee) as surname.

Eggs born with words, the message is： God has arrive, he is the king of the king. Found in Heilongjiang China 2001 from Mr.Liu.

“Rabbit,” “out of Wood,” leading people of the future, his hands are free but the outcome is Good.

May 13th, 1951, traditional Chinese calendar Eighth day of April, the founder of Falun Gong, Mr. Li Hongzhi was born in the year of the Rabbit. in Gongzhuling City, Jilin Province, China, that day happens to be Buddhist as “the day of Buddha birthday”; the same day is Christianity for “the Holy Spirit has come Festival. ” At this point, people perhaps understand and why the important festivals of Western religion “Easter” called “Oriental comers” (the holy spirit come from the east) , why people remain with the Easter Bunny (saints is a rabbit) and Easter Egg (related to the China, the land shap is Golden Rooster) as a commemoration of ancient customs. During the christmas time, every family place a children tree( the christmas little tree) for Christmas, which implied more people to feel the divine mysticism. 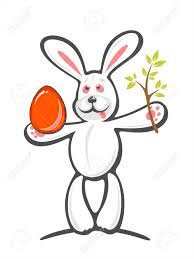 Frenchman Michel de Nostradamus prophecy in his book concentration accurately predicted many major events and figures occurred around the world in the past century, the twenty-ninth poem of second discipline in clearly prophesied savior to save sentient beings in the doomsday of mankind.

An Asians leave his hometown,

Across the Apennines and arrived in France,

He will cross the sky, sea and snow

Everyone will be touch and impress by his Scepter.

The prophecy is: the founder of Falun Gong, Mr. Li Hongzhi leave his hometown after the Chinese mainland preach, came to the West and preach in many Western countries, Falun Dafa spread to the world. Described as the founder of Falun Gong, a human tells and propagation of cosmic deities Road, he has a Scepter, used to wake up the world, the fourth sentence of the prophetic poem says” Everyone will be touch and impress by his Scepter. “, that is the prophecy of Falun Dafa spread to the world, each person will impress and touch by him and the universal law(it’s like scepter) he bring,, while the attitude of how they treat Dafa will determine their future.

According to Buddhist sutras, chakravartin has 32 phase like any other Buddha, 7 treasure, is the ideal king do not use the force but rotation Dhamma wheel with justice in order to dominate the world. Buddhism, Christianity, Confucianism, as long as continue to give mercy to people, you may be have destined chance to meet chakravartin. But sometime God has really come, human don’t know and hesitated. 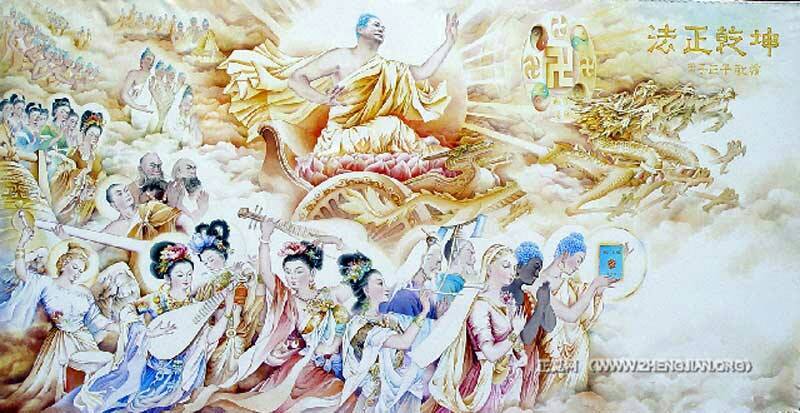 The world lost in the illusion doesn’t awake

“Bible” John “(1:10-11):” In the world, the world was made through him, the world did not recognize him, he come to his own place but people doesn’t received him.” The Bible also says, the Savior came into the world to save people, the people of the world do not think he is the Savior, and he must first suffer many things, denigration by the people who do not know the truth.

Prophecy also the marked the month and year of this major event:” July 1999, for the king of Angola Ruia resurrection, horror king come to the earth…… ”

July 1999 is indeed a particularity day, labeled anti-Christ person Jiang Zemin, launched a comprehensive crackdown on Falun Dafa practitioners. For this time, the reign of terror, defamatory rumors, tribulations in the Central china, people confuse, and follow suit. In Christian Bible. The Revelation “account for the lambs and the beast of the final battle between good and evil – Armageddon CPC defy the universe,” Truthfulness, Compassion and Tolerance “Dharma in this evil contest has been bogged down in the quagmire. “Tang Dynasty” Tui Bei Tu “ninety-nine National Cheng Kung wrong” a prophecy.

Eventually have to turn to God

Eighth volume of the …… when each little king meet the great king of the king, all holding treasures to show their allegiance. From the south, west, north tripartite are doing the same. ”

The Christian Bible (7:9-10):” Since then, I watch, and there are many people, no one could count, from all countries, of all ethnic groups, the people, the parties to the standing before the throne and before the Lamb, wearing white robes, and palms in their hands, and cried with a loud voice: ‘Salvation belongs to our God sitting on his throne, and unto the Lamb.’ ”

Though after the tribulations, the last person, however, they must turn to God, these people from all parties, nations. Buddhist and the Christian Bible in this description are same.

A new heaven and a new earth and new beings

After the Savior came into the world to save sentient beings, the earth to usher in the new heaven and new earth humanity.

The Buddhist “Maitreya reborn Sutra:” Homeland rich grow, no penalty no disaster; all men and women, chosen from good karma and live good life. Places no such spine and assassination, but green grass, comfortable and easy to walk around, like walk on the beautiful silk. Fragrant rice grow out naturally, delicious food are ample. the trees grow the clothes, people dress are colorful and beautiful, solemn; Tree Middle School Arrested homes, flowers and fruits often enrich his country human., are eight long live of life, no Zhu sufferings, away from the angry often Look . ”

The Christian “Bible” Isaiah (65:19-20): “which shall be no more heard the sound of weeping and wailing There shall be no number of the premature death of the baby, nor an old man that life expectancy; Because centenary still be considered dead children, the centenary of the death of the sinner is cursed. “Isaiah (65:23-25):” They shall not labor in vain, the production not been the disaster, because all descendants of the blessed of the LORD, and their descendants is also true … in my holy mountain, not hurt, does not harm, says the Lord. “Bible” Revelation “(22: 2) wrote of the new heaven and earth: “on this side of the river, and there the tree of life, knot-like 12 (or” back “) fruit, monthly fruit, the leaves of the tree were for the healing of the nations.”

Thus, after the war of good and evil, the one who maintenance Dharma moral stay and blessed. They longevity happiness, no penalty no disaster, fulfilling delicious and abundant fruits and flowers, and live in peace without war, mankind enter a new era. 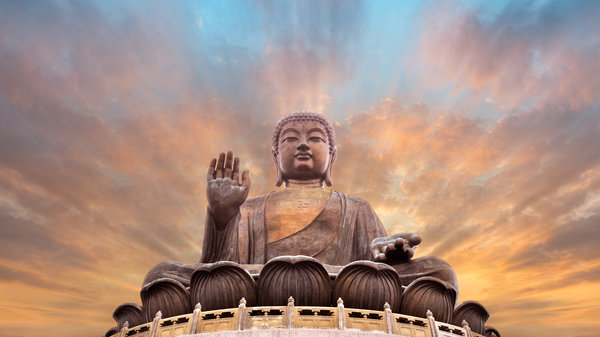 Why I Left Feminism