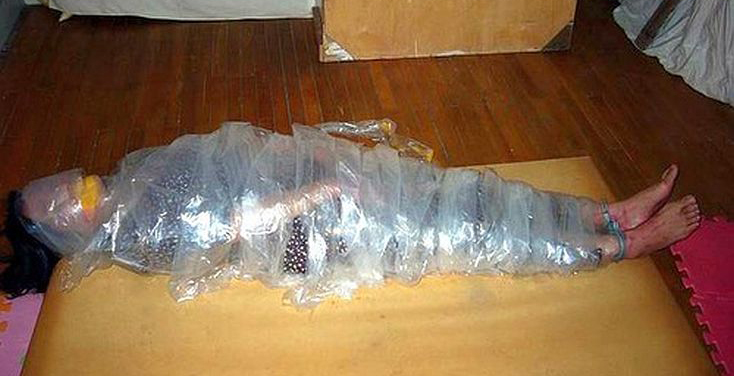 Many times, cruelty and selfishness are disguised properly as a systematic arrangement to sidetrack the progress toward a sustaining civilization. Since primitive times, violence has been a distinctive trait that show us that, as rational humans, we are not so far away from where we originally started. The next testimony show us a clear sight of hope under serious despair.

Sun Zhuoying, a 65 year old chinese mother, considers herself blessed to live to tell the tale. She got sentenced for 5 years of prison, with no chance to see her family or friends during that time. Although her conscience was unshaken during those harsh circumstances, the terror of the physical and psychological torture were beyond real.

What was the reason for a senior citizen to deserve this? It sums up in three words “exercises and meditation”. She practices Falun Gong, as millions of people do around the world. It just happens to be illegal were she resides. Still, the number of Falun Gong practitioners in China is quite huge. This practice like yoga or taichi, includes a set of exercises and thus include moral principles based of Truth-Compassion-Forbereance. The Chinese Communist Party (CCP) used to praise this discipline because its benefit on health and morale. But later on, by its ongoing popularity, they felt the need to suppress it even though they were not harming at all.

In 1999, the CCP launched its campaign against Falun Gong. Practitioners were routinely subjected to arbitrary arrest, harassment, loss of employment, torture, and death at the hands of CCP officials. Several months ago, a report said Falun Gong adherents are being killed for body parts in China’s popular organ transplant industry. As many as 1.5 million organ transplants may have taken place in China since 2000, which were mostly “harvested” from Falun Gong practitioners, but include other prisoners of conscience, the report said.​

Sun, as many others, pacifically protested against the Chinese regime’s unlawful persecution. She was hanging a banner at the moment she got detained. Sun remembers with vivid detail the experience of torture. “They forced me to sleep on a wooden board and wrapped me in sealing tape. They bound my hands, feet and body together before wrapping up my feet and legs separately. I couldn’t move even a little,” she said.

She describes how she was coerced by prison officials to write a false statement admitting her “crime.” After she wrote a declaration to nullify the statement, Sun was placed in solitary confinement. Forced to stand 18 hours each day, her head was beaten “with heavy objects” until she passed out, and she was also subjected to other unusual torture methods, including being completely wrapped up with sealing tape by other prisoners at the behest of prison guards.

“They tortured me so severely that I was often in critical condition. They took me to Shanghai Prison Hospital every couple of months. I once lost consciousness at the hospital from heavy bleeding in my stomach,” Sun added, according to the report.

As if that was not enough, Sun was also oppressed with psychological torture. “I was also forced to sit in bed until midnight every day before being allowed to sleep. When my watchers noticed me sleepy, they beat me violently and poured cold water on my neck,” she added. “In the middle of a cold winter they removed my blanket every fifteen minutes at night.”

It was until May, 2016 that Sun finally returned home, critically injured but with her head high. Her case is just one of the few exposed, there still exist an alarming number of detentions made by the CCP that happens everyday, not only in China. Amnesty International and other human rights organizations have admitted that the Chinese regime has been carrying out mass arbitrary detentions, show trials, and other human rights abuses resulting from the persecution.