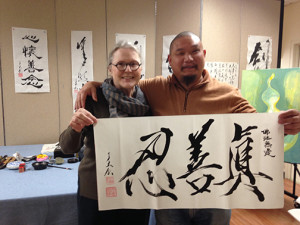 I had the pleasure last Tuesday afternoon of meeting Liao Da Yuan, a Chinese calligrapher, who created this stunning painting for me right there in the moment.

You can view a video of Liao creating this beautiful painting here: https://youtu.be/zcOHfaHyqak

I teach English at a Chinese school on Tuesday afternoons. Following my lessons last week, I was roaming around the school when I happened on a display of calligraphy and a man sitting at a table spread with paper and writing tools. “Calligraphy” I said.

Smiling, he jumped up from the table, we walked toward each other, and instantly we were off into an hour-long conversation about it. Since I speak no Chinese, and Liao speaks very little English, Mrs. Wang, at Minghui School, acted as translator for us while we discussed calligraphy in America. 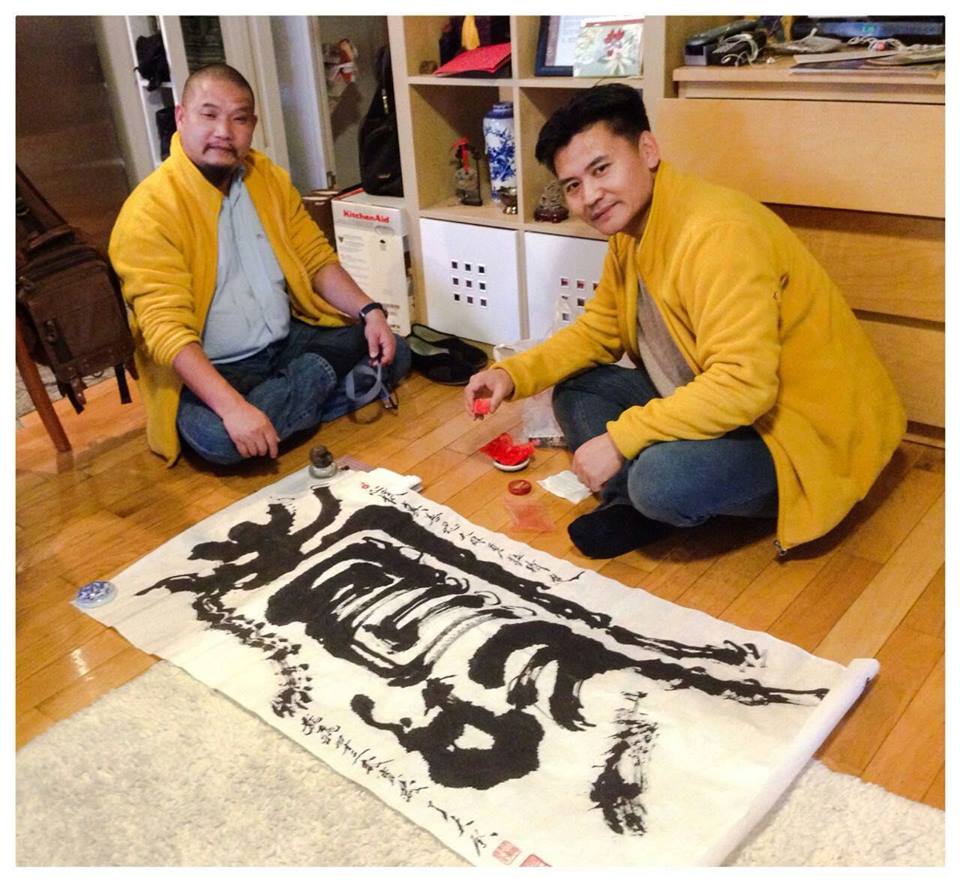 I gave Liao contact information for several of the larger guilds as well as the link to this year’s A Show of Hands calligraphy conference in North Carolina. He decided on the spot to make me a gift of this lovely painting, which he created right there in the moment. I feel a little like Hermes being in the right place at the right time to receive and deliver messages. I feel blessed, too, to have met this inspiring man and to have received this wonderful calligraphic treasure.

Liao Da Yuan, whose name means “the big wish,” is an exceptional artist from China, where he gained an artistic reputation and reached a broad audience of collectors. He spoke out against Communism and religious suppression and was consequently persecuted and imprisoned for four years in his home country of China. 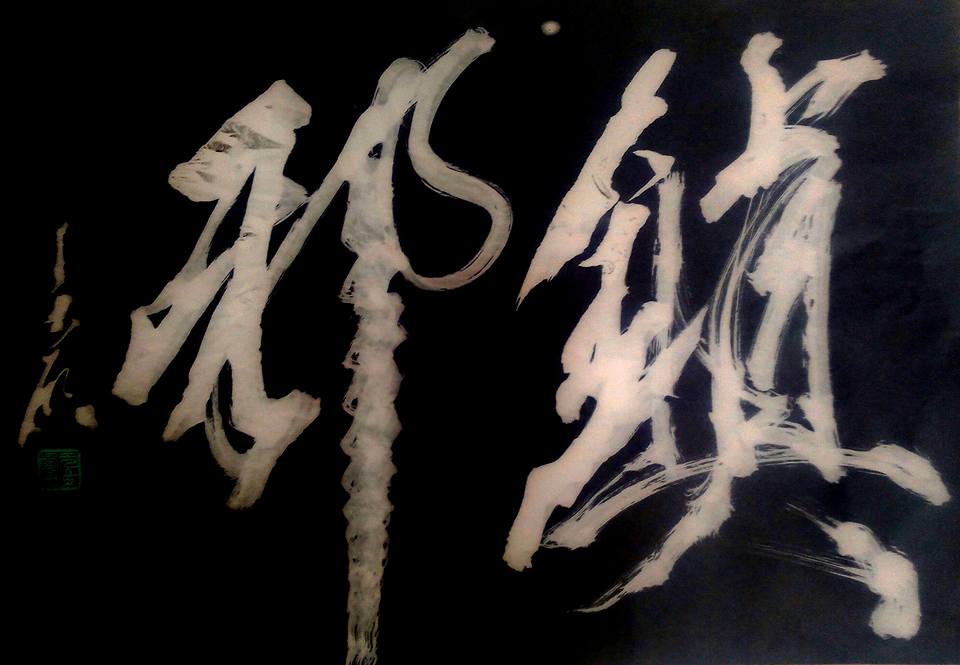 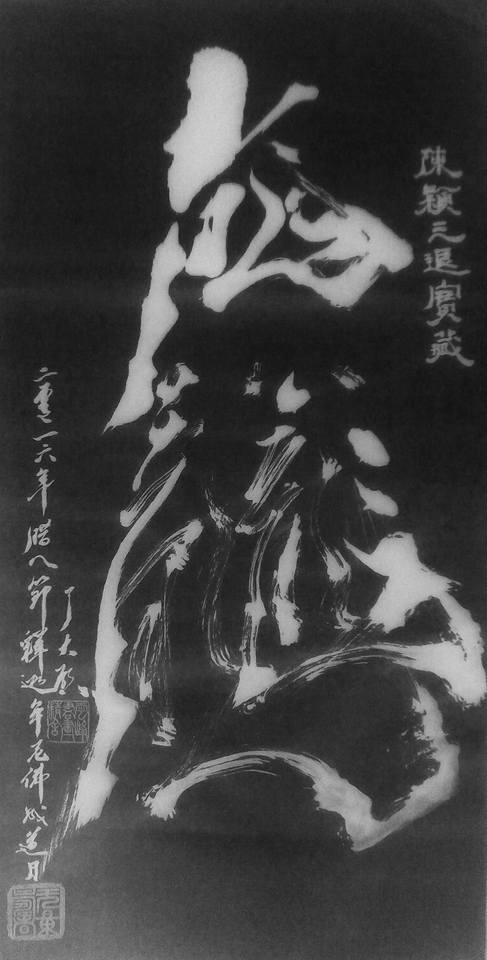 While in prison, he was ruthlessly tortured, but he and his spirit remained unbroken. He devotes his life to these three tenets: truth, compassion and forbearance. His pivotal, triumphant and most important work is a metaphysical self-portrait depicting his ability to rise above such profound adversity.

In 2010, Liao was forced to flee China to Indonesia and has lived in exile ever since. While in Indonesia, he obtained asylum protection from the United Nations Refugee Agency. On February 19, 2014 he arrived in the United States, with nothing but the clothes on his back and a few pieces of art that had survived a flood in Indonesia. He now resides in Atlanta, GA. 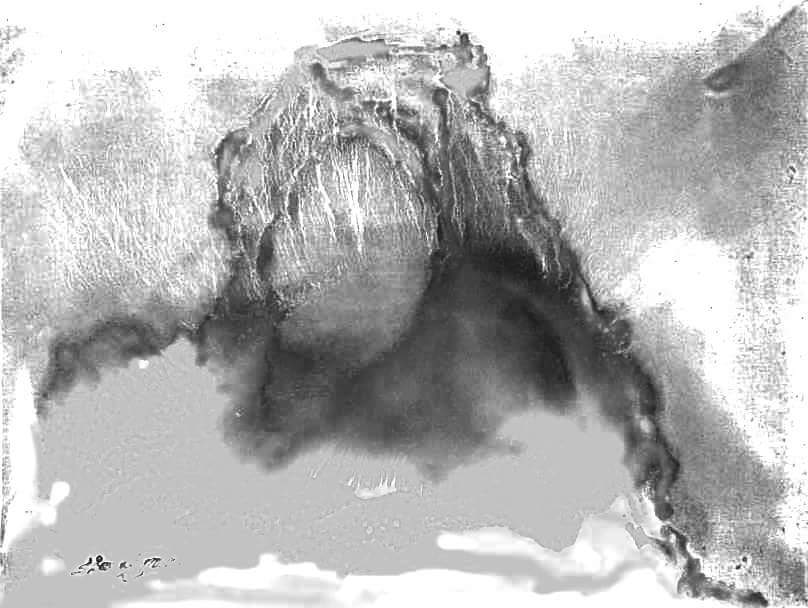 As an artist, he freely expresses his love of antiquity, culture, nature and the truth found in the universal quests of all human kind. He has no earthly possessions or material bondage. In his work he examines the immense beauties of the world, the destiny of mankind, and ultimately, the truth of the universe. His pieces are endowed with an ancient esoteric spirt and are meant to give the viewers a sense of awakening and a powerful, pure energy. His latest endeavors are depictions of the American West. He feels a powerful connection to a place he has never visited. Someday, he wants to walk from Georgia to the Grand Canyon. 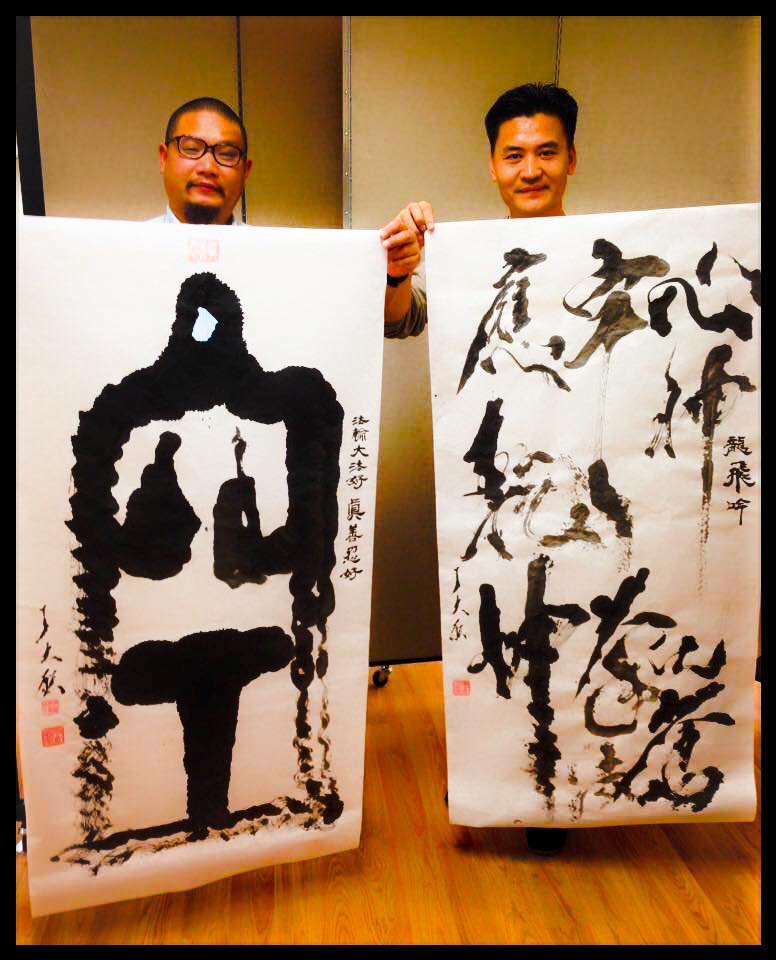 You can view a video of Liao painting another quick work to communicate to me his wish to connect with other artists and artist groups in the States here: https://youtu.be/AJOjTO8WsUc 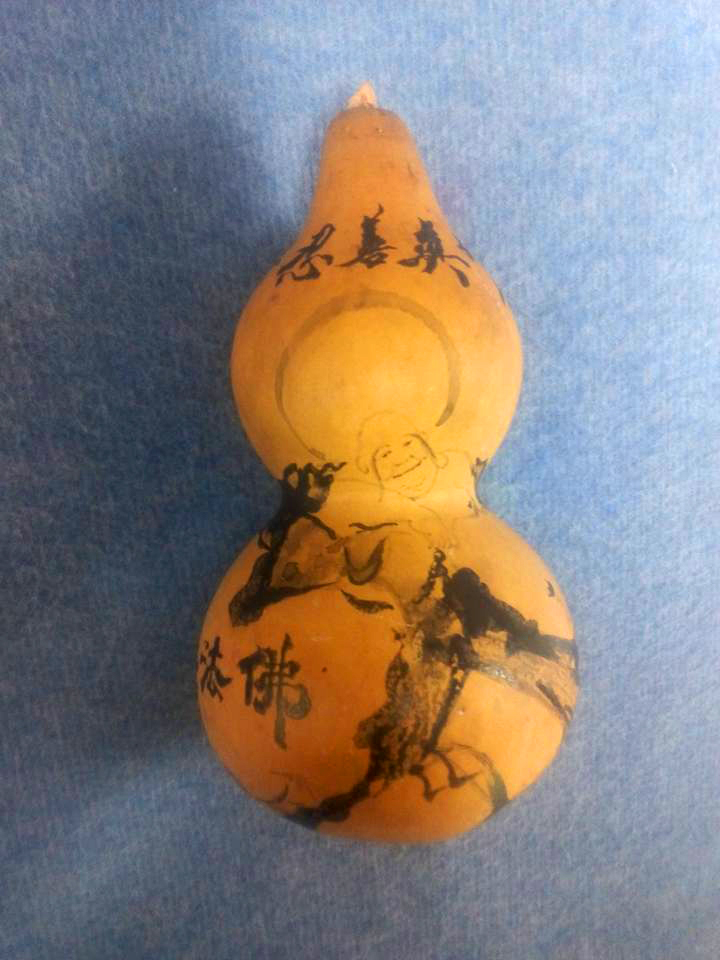 Yes, Virginia, There Is a Santa Claus