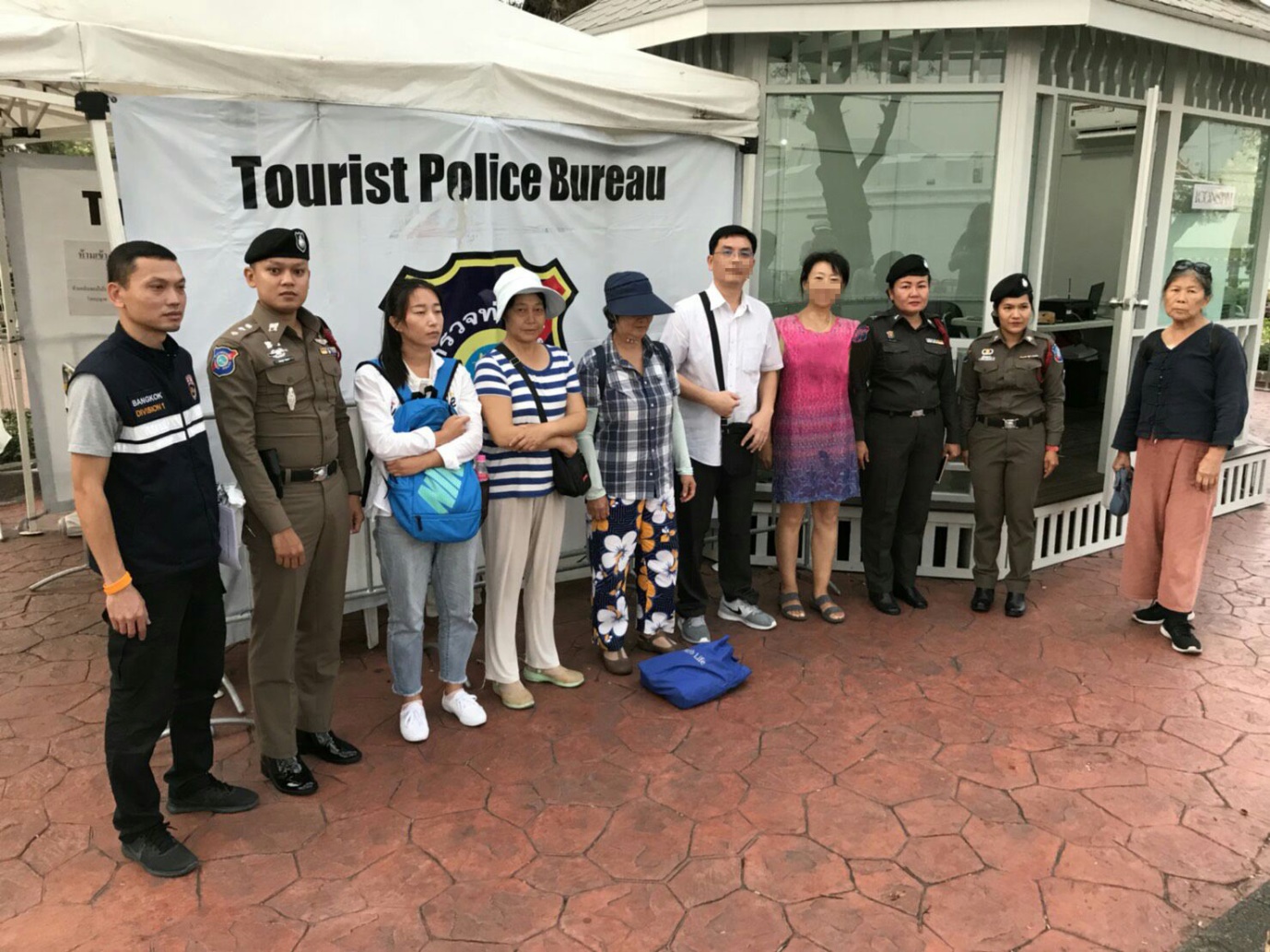 Due to the manipulation and pressure of the CCP, the Thai immigrant prisons have not set bail on the Chinese prisoners, and Falun Gong practitioners are often detained for four or five years in the extremely hostile environment of immigration prisons.

Some democrats who were detained for more than a decade were still not released and released on bail. Some were even desperate and mentally disrupted, and others lost their lives.

According to Ms. Lin, a Falun Gong practitioner in Thailand, Zhang Juanhua, who was distributing truth-clarification materials to the mainland tourists at the Grand Palace attraction, called her for assistance at about 1 pm on March 31st, saying that the tourist police took her to the tourist police near the royal court. The kiosk was questioned. When Zhang Juanhua came to Thailand, he applied for asylum at the UNHCR headquarters in Bangkok and obtained UN refugee status. He was protected by the United Nations. However, when the visa expired, the tourist police forcefully detained Juan Zhang. Lin Ma hurried to the Grand Palace after receiving a phone call for help.

At this time, another Falun Gong practitioner Cai Baozhen who was sent a message after Zhang Juanhua was taken away by the police followed him to understand the situation. As a result, Cai Baozhen was also forcibly detained by the police.

According to Zhang Juanhua, not long after she and Cai Baozhen were arrested, the tourist police went out to start catching other Falun Gong practitioners. As a result, Jiang Xiuju and Qiu Xiufang, who had just arrived at the Grand Palace, were arrested.

When Falun Gong practitioner Huang Bin found Lin Mum for something, she accompanies Lin Ma to the police security booth at the Grand Palace to learn about the situation. As a result, Huang Bin, who has been waiting outside quietly, has also been forcefully withheld by the police and asked to check his identity. Ms. Lin explained to the police that Huang Bin was accompanied by her. They were refugees who were brutally persecuted by the CCP and protected by the United Nations. However, regardless of how Mama Lin whispered the request, the police ignored it and forcibly seized Huang Bin along with the rest of the 4 people.

At the request of the police, five of the Falun Gong practitioners were arrested and photographed with the Grand Palais tourist police. This is a photo of the police requesting the photo to be taken. It is said that giving them superiors should be an invitation. 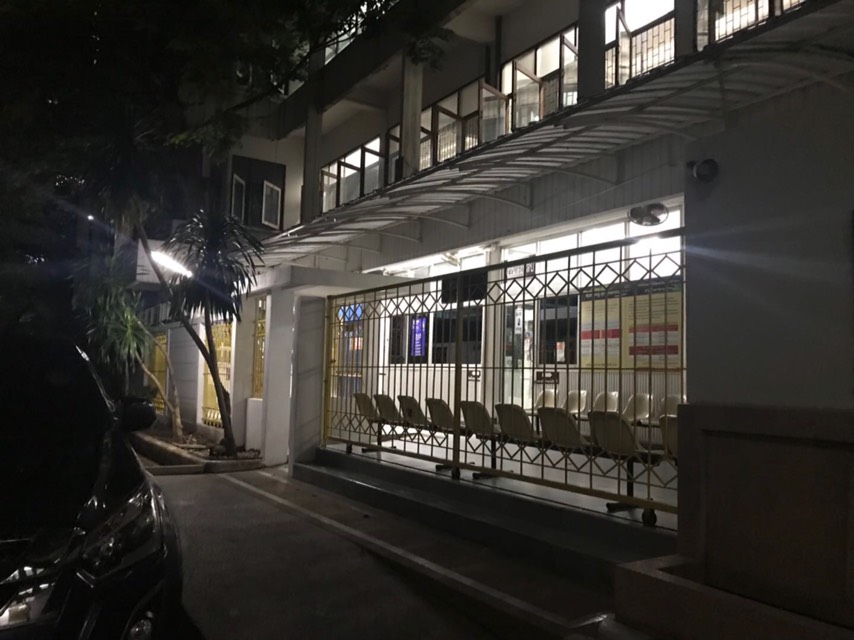 In recent years, the Chinese Communist Party has carried out ideological and economic blackouts globally. The well-known tourist country Thailand receives tens of millions of mainland tourists each year and dare not offend the Chinese Communists. During these years, it has arrested many Falun Gong practitioners. Since 2014 alone, Thai police have deployed 11 arrests and arrested a total of 35 people.

On the evening of August 23, 2014, Zhao Zhifang, Lin Meimei, and Lin Bo three Falun Gong practitioners were truthfully arrested and sent to Chinese tourists in Chiang Mai. They were forcibly arrested by Thai market managers and Thai policemen and placed in immigration prisons.

One of them, Lin Botong’s body was completely ravaged by the harsh environment of the immigration prison, causing a large area of myocardiac infarction. He fainted several times and his life was put in danger. He was taken to the hospital for emergency treatment. In this case, immigration prisons still do not release people and they are not released on bail. In the end, Lin Bo passed away after being picked up by the United States for six months.

On September 11, 2014, seven people including Li Yingmei, Zhuang Yuemin, He Xin, Jing Suo, and Wang Changhai were arrested by the Thai police and detained in an immigration prison when they practiced “Falun Gong” exercises on the sidewalk opposite the Chinese Embassy in Bangkok. .

On October 16, 2014, when Falun Gong practitioner Li Jie (a pseudonym) issued truth-clarification materials in Chiang Mai, he was forcibly arrested in several plain clothes and abducted to the police station opposite Chiang Mai University.

On December 16, 2014, there were four Falun Gong practitioners who had walked from the mainland and had just arrived in Thailand and were arrested and placed in immigration prisons. They are Wang Shuhua, Yang Guimin, Yang Guirong, and Han Yanping.

At 18 o’clock on March 13, 2015, in Pattaya, six plain-clothes policemen from the Immigration Bureau came to a collective group of Falun Gong practitioners to seize four students, namely Wang Zhiyong, Lin Yan, Wang Jingbo, and Gui Bailing. Afterwards, they took away 2 spots at the scenic spots, namely Zhao Guoliang and Xu Menglan, and they were detained in immigration prisons.

On April 10, 2015, in a restaurant in Pattaya, Falun Gong practitioners Wang Hong and Wu Xiaoyan were arrested and forced into the immigration prison.

After Falun Gong practitioners were detained in immigration prisons, they were either taken by a third country or returned to China to accept more cruel persecution from the Chinese Communist Party. They were not allowed to be released or allowed to be released on bail. Due to the manipulation and pressure of the CCP, the Thai immigrant prisons do not set bail on the Chinese, and Falun Gong practitioners are often detained for four or five years in the extremely hostile environment of immigration prisons. Some democrats who were detained for more than a decade were still not released and released on bail. Some were even desperate and mentally disrupted, and others lost their lives.

Falun Gong is a Buddhist school qigong cultivation practice of Dafa. It requires the cultivators to hold themselves to the standards of truthfulness, compassion, and forbearance. Enhance their own moral cultivation, consider everything for the sake of others, and be a good person who is set on living for all beings. They are a group of people of good faith who are forced to come to Thailand to escape the brutal persecution of the CCP. In order to publicize the guilt hidden by the CCP, they told mainland tourists who came to Thailand to stop the CCP’s crimes. Thailand is a Buddhist country that believes in deities and believes in good and evil. It is hoped that the Thai government will treat Falun Gong practitioners who are practicing the same Buddha faith with the greatest goodwill.