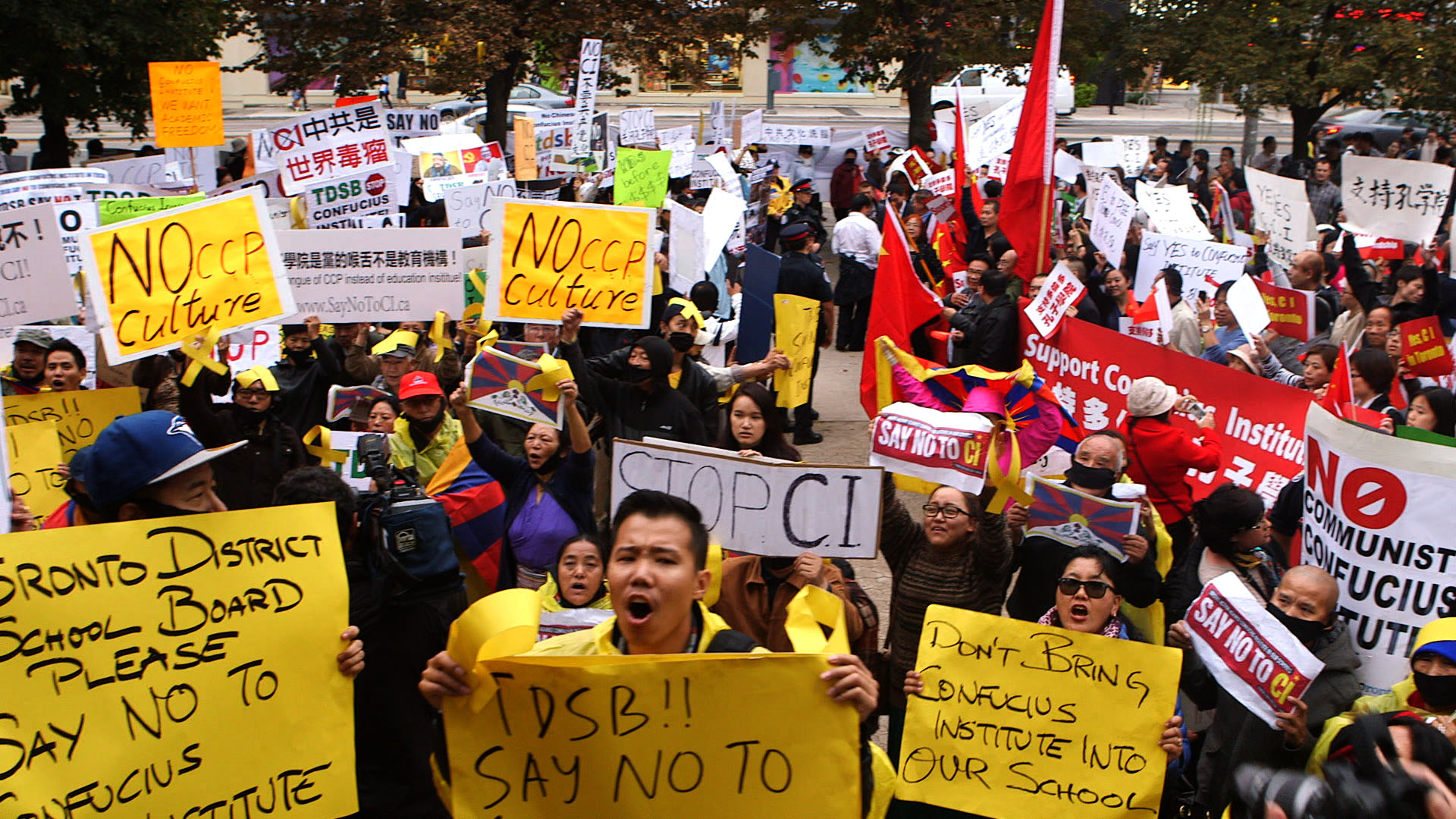 3 reasons Confucius Institutes must be shut down
1. They use Confucius Institutes spying on students undermining American free speech. Any Chinese student says anything bad about the Chinese government, their family in China will be threatened
2. Using students to gathering intelligence for the evil regime
3. They teach twisted Chinese Culture to our youth, they are not only brainwashing their own people since baby but also trying to brainwash ours not acceptable

Here is a documentary film about this issue.
” IN THE NAME OF CONFUCIUS ”

Culture. Language. Power. On average, China opens one Confucius Institute per week in partnership with school boards and academic institutions around the world, with a goal of opening 1000 by 2020. Yet, a growing number of schools are also starting cut ties with the program, alarmed by concerns ranging from human rights violations, financial incentives and censored content to national security and espionage.

IN THE NAME OF CONFUCIUS is a one-hour documentary about the Chinese government’s multi-billion dollar Confucius Institute (CI) program and the growing global controversy at academic institutions around the world as scholars, parents and others question the program’s political influence and purpose.

IN THE NAME OF CONFUCIUS is a multi-media production of Mark Media, executive producers of the Peabody Award-winning film Human Harvest. It is backed by Canada Media Fund and has been produced in both Chinese and English languages.