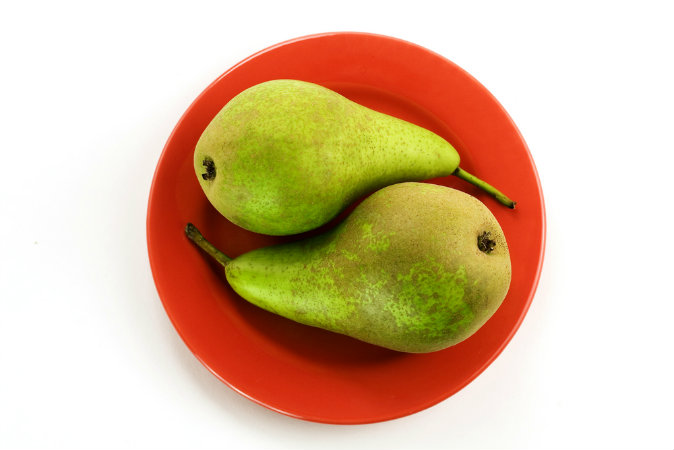 The ancient Chinese philosophy of yin and yang may sound obscure and difficult to understand for many of us living in the West. Yet when we understand a few basics about the yin and yang nature of foods, we can put our knowledge to very practical use, such as weight loss and cutting cravings.

Let us begin with the story about Doreen (not her real name), who was one of my regular clients years ago. One time, upon my return from a three-week vacation, she came to see me saying she felt bloated and was experiencing difficulty focusing on her job at a stock exchange.

Her body was indeed very bloated around the abdomen. I asked what she had been doing, and she promptly told me that she was trying to lose weight. She had been going to the gym, attending yoga classes, and had put herself on a weight-loss diet. But despite these efforts, she found her yoga leggings were feeling even tighter in the waist.

I asked Doreen what she had been eating. “Oh, very healthy foods,” she replied.

To get a more precise response, I asked Doreen what she had eaten for dinner, lunch, and breakfast the day before, and she said she had eaten mainly fruits, like watermelons, pineapples, mangoes, apples, and grapes, as well as lots of salad.

According to yin-yang philosophy, raw and cold foods are both yin. The nature of yin energy is relaxing but also expansive, which was evident in her expanded belly. Another symptom of an expanded yin condition is the inability to focus.

I told Doreen that if she really wanted to get rid of her distended feeling and to lose the weight around her waist, she should immediately stop her raw-food diet.

To help normalize her yin condition, I recommended she eat more yang foods such as different types of whole grains, sea vegetables, miso, sea salt, and root vegetables, and that she cook her food. This diet worked. Once she found the right balance of yin and yang foods, her bloating disappeared, and she felt much better.

Yin and Yang Qualities of Foods

You can use the chart below to help you understand the yin and yang qualities of foods. 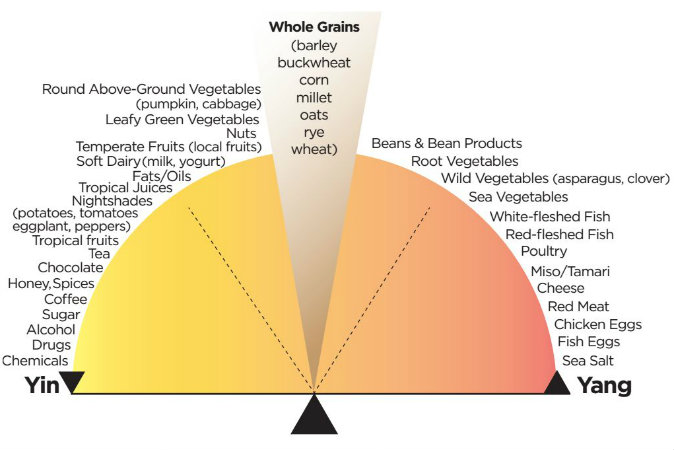 If you find yourself craving sweet or salty foods it can indicate an imbalance of yin or yang. To balance yourself, try eating foods from the middle of the fulcrum, such as vegetables, beans, and whole grains. (Diana Benedetti/Epoch Times)

Farther away from the equator