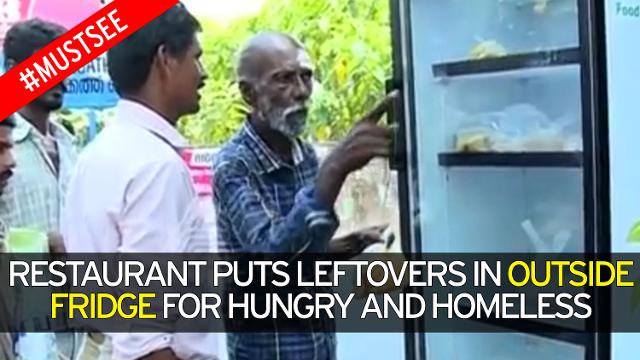 Minu Pauline is a restaurant owner in India, who, like many restaurant owners, didn’t pay much mind to how much leftover food she was throwing out at the end of every day.

But when Pauline became aware of how many homeless people were digging through her trash bins for food each night, she saw an opportunity to connect the two in a positive way.

“So many people are wasting so much food and someone is taking that food from the same trash.”

So Pauline’s restaurant, Pappadavada, did something simple to combat the issue: Put a fully stocked refrigerator outside of the restaurant, running 24-7, to offer leftover food to the homeless and hungry.

Take a look at Minu Pauline and her initiative here: 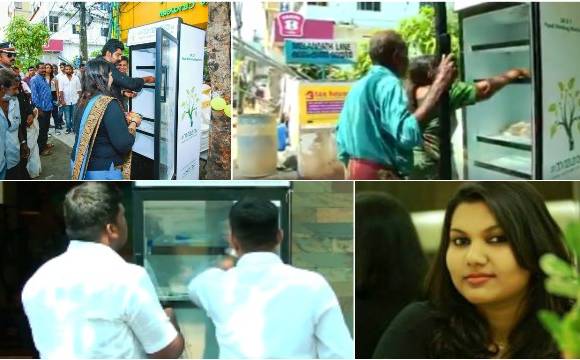 A look outside the Pappadavada restaurant

Anyone in need can stop by the fridge and take as much as they need, no charge or explanation needed.

The refrigerator is nicknamed nanma maram (which roughly translates to “tree of goodness”).

Pauline stocks the fridge herself with daily leftovers, as well as customers and passersby putting any food they haven’t finished inside the fridge.

SEE ALSO: This grocery megachain just fed 50,000 meals to people in need, and they’re not done yet

She insists that donations shouldn’t be new food that was purchased for the purpose of stocking the fridge, but only food that would have otherwise gone to waste.

It’s estimated that between 200 and 300 portions of food are stocked in the fridge each day; an astounding amount for a community-driven initiative to combat hunger while reducing waste.

Pauline’s method is simple but her message is powerful:

“Money is yours. But resources belong to society. That’s the message I want to send out. If you’re wasting your money…you’re wasting society’s resources.”