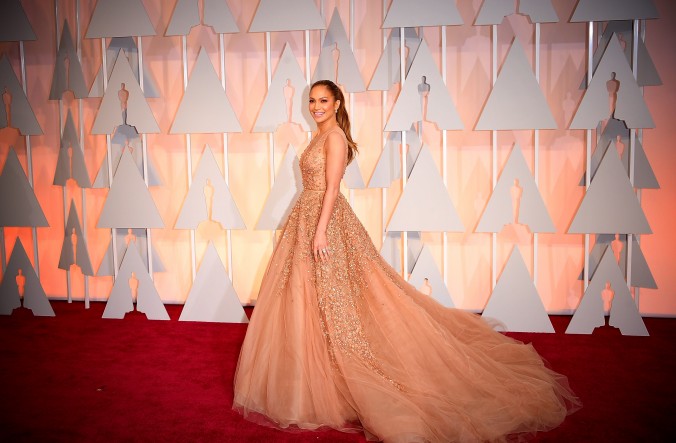 By Marie McLoughlin, University of Brighton

If Louis XIV has taught us anything, it is that lavish amounts of luscious silks, big dresses and red-soled shoes equal wealth and power. This is as true today as it was in the 17th-century French court: all three will be much in evidence on the red carpet at the forthcoming Oscars – and they will indeed represent wealth and power. But power structures have changed somewhat in the past 400 years: what they will not represent are the wardrobes of the actors wearing them. 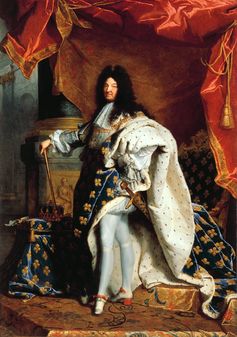 Those red-carpet looks are a manifestation of the coming together of two of the world’s biggest industries. LVMH alone, (Louis Vuitton Moet Hennessy) the fashion conglomerate that owns Dior among others, had a turnover last year of €35.7 billion; the film industry also makes “shockingly large amounts of money“. And with a television audience conservatively estimated at 40m, the Academy Awards ceremony is not only the film industry’s premier marketing event, but also a major event for the fashion industry.

While actors work on toning and tanning in the weeks before the Oscars, designers woo stylists–those professional fashionistas who know better than the actors themselves what looks good on them. It would be hard to overestimate the power of the stylist. There are anecdotes galore demonstrating this. In her book on the relationship between fashion and the Academy Awards for example, Bronwyn Cosgrave described one stylist calling in all yellow designer dresses for “consideration” so that no-one other than her client would be seen in yellow.

Now’s the time that the year’s furious networking really pays off. Widely considered the best Oscar dress of all time, the infamous vintage Valentino dress that Julia Roberts wore in 2001 came about simply because her stylist, Debbie Mason, had known one of Valentino’s employees in England in the 1980s.

The dress became a worldwide sensation and was much copied. Valentino described the moment when Roberts collected the Best Actress award for Erin Brockovich, wearing his dress, as the high point of his career.

Winners and losers are declared, not just on the stage but on the red carpet too. For every Valentino/Roberts pairing there will be others, the “disasters”, which dominate the headlines. Last year it was the largely unremarkable green Versace dress worn by Scarlett Johansson that came in for criticism. But it is the real disasters, like Jennifer Lawrence, the face of Dior, tripping over her voluminous Dior gown – only chosen that morning and not made to measure – that really sells magazines. 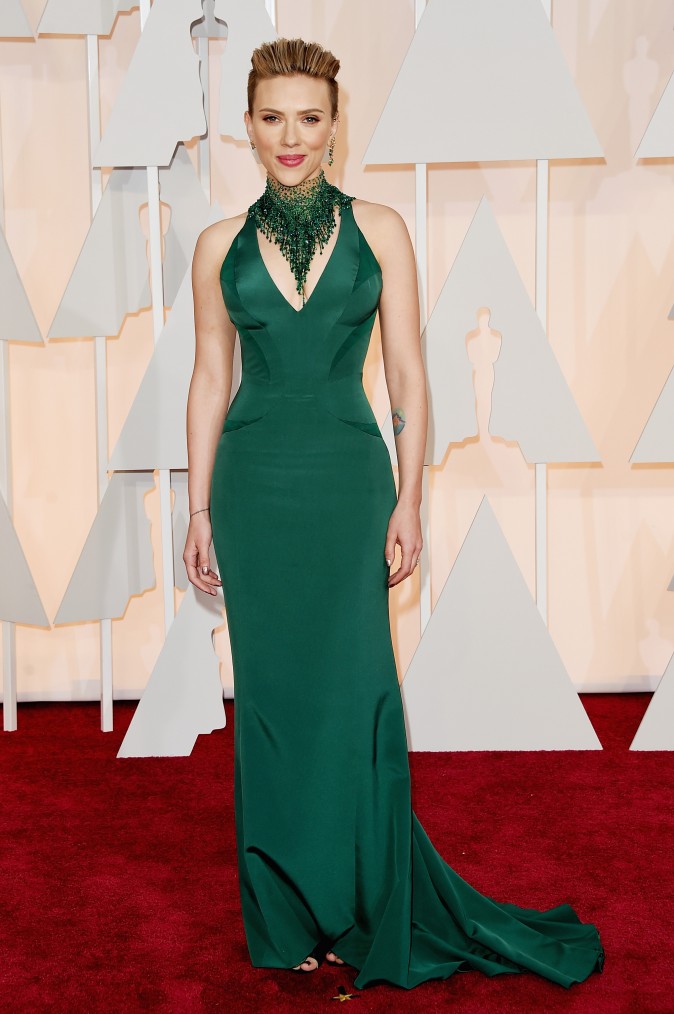 Many actresses have lucrative advertising deals with the big couture houses. The word “advertising” is rarely mentioned, rather they are “the face of” a brand or sub-brand – such as Dior handbags. This wasn’t always the way – all credit must go to the first recipient of the award in 1928. Tiny Janet Gaynor wore a modest knee-length knitted dress that was reputedly bought in a childrenswear shop. Winning the Oscar made her the hottest property in Hollywood and sometime later she married Adrian, one of the most successful Hollywood costume designers of all time.

This year the smart money is on Alicia Vikander, nominated in the Best Supporting Actress category for The Danish Girl, wearing Vuitton, as she did at the Golden Globes. Vikander is the latest face of Vuitton and one of the few that can wear Nicolas Geshquière’s uncompromising clothes with conviction. 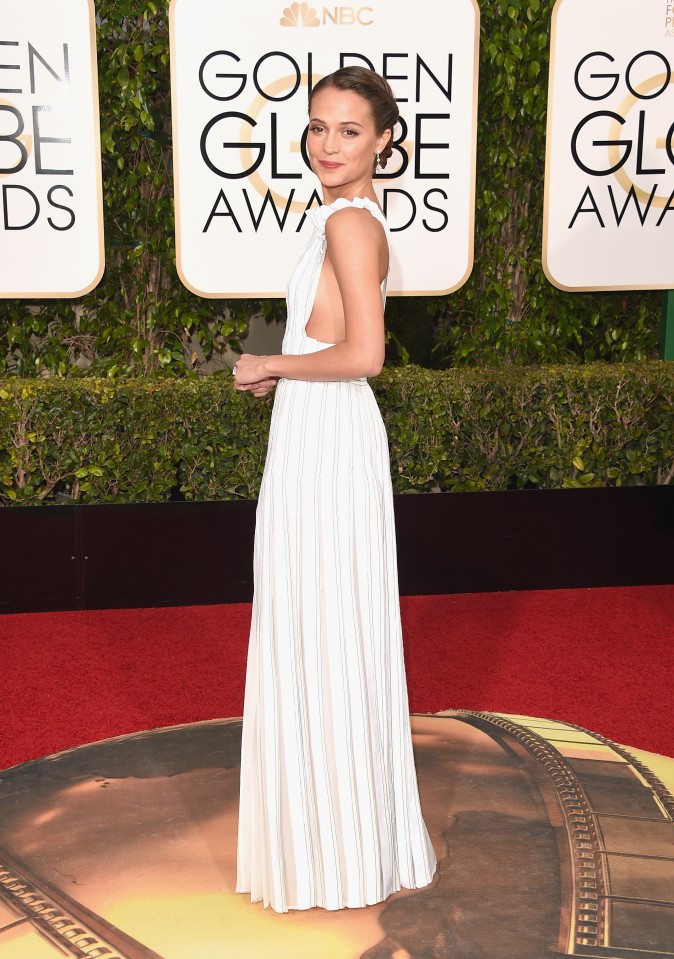 Cate Blanchett, with a Best Actress nomination for Carol, will probably wear Armani Privé. The actress has had a relationship with the design house since 2006, wearing one of its gowns to collect her second Oscar, for Blue Jasmine, in 2014. In return Armani provided generous sponsorship to Blanchett and her writer director husband, Andrew Upton, at the Sydney Theatre Company. Blanchett is currently starring in the video for Armani’s latest scent, Si; she claims it is the hardest role she has ever played.

There is one dark horse amongst the nominees. 70-year-old Charlotte Rampling, nominated as Best Actress for her role in 45 Years, is known for her French chic, designer wardrobe and her reluctance to play the stylist/borrowed clothes game. She is likely to wear something of her own choosing, possibly even (shock horror) something she already owns. It is likely to be black.

But the prize for originality is sure to go Jenny Beavan, nominated for Costume Design on Mad Max, Fury Road. She intends to wear M&S.

And the red-soled shoes? Red-heeled shoes, as worn by Louis XIV, were traditionally the prerogative of royalty. Indeed, an edict of 1673 forbade any but the nobility from wearing them. Christian Louboutin, the French shoe designer, has effectively copied the move by patenting the red soles of his famed stilettos. It’s the equivalent of an edict: he brings law suits all over the world to protect the very obvious signifier of his brand.

At last year’s Oscars Louboutin’s stilettos could be seen on many actresses alongside other luxury brands such as Jimmy Choo and Stuart Weitzman. Louboutin’s distinctive red soles can even be seen on the flat black patent lace-ups of male stars such as Adrien Brody and Brad Pitt (sadly not with the accompanying red Louis heel … yet).

Louboutin designed a bespoke shoe for Angelina Jolie to be worn on the promotional tour of Maleficent (white in London, black in Paris and gold in Hong Kong). She teamed up with him to produce a limited run of the shoes, a snip at around £1,000–with all profits to go to one of Jolie’s charities for abandoned and orphan children.

Perhaps this offers a glimpse of a future where the symbiotic relationship of two of the world’s wealthy industries can be harnessed for the greater good. One can dream.The Conversation

Marie McLoughlin, Senior Lecturer in Dress History, University of Brighton. This article was originally published on The Conversation. Read the original article.