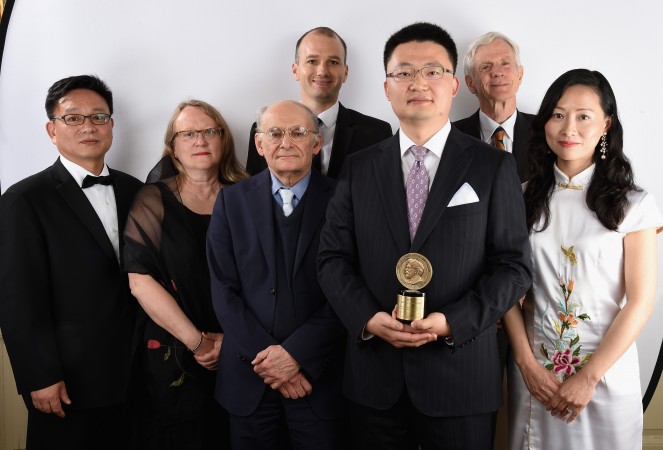 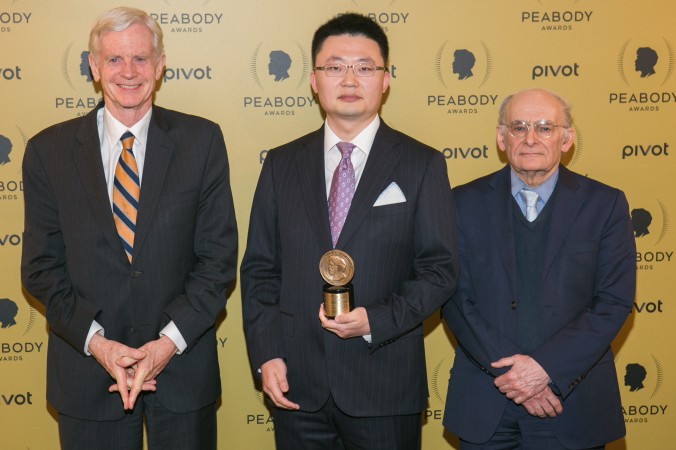 NEW YORK—The telling of what happens in our lives, families, communities, countries, and across the world is so crucial to our human experience, one could argue such a transformative process is as important as the air we breathe. 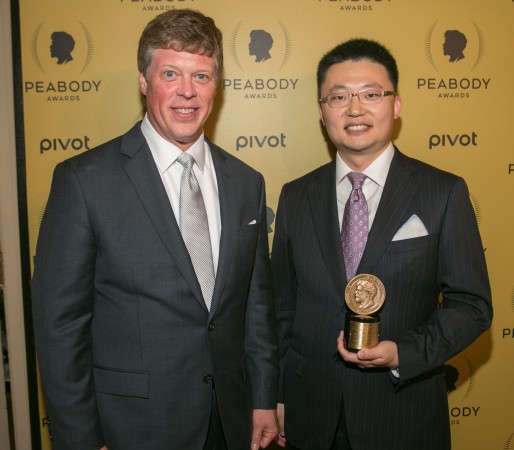 The oldest and most prestigious award in broadcasting and electronic media in the world, the George Foster Peabody Awards program is unique. In contrast to craft awards—that celebrate, for example, best writing, directing, or acting—the Peabody honors storytelling. 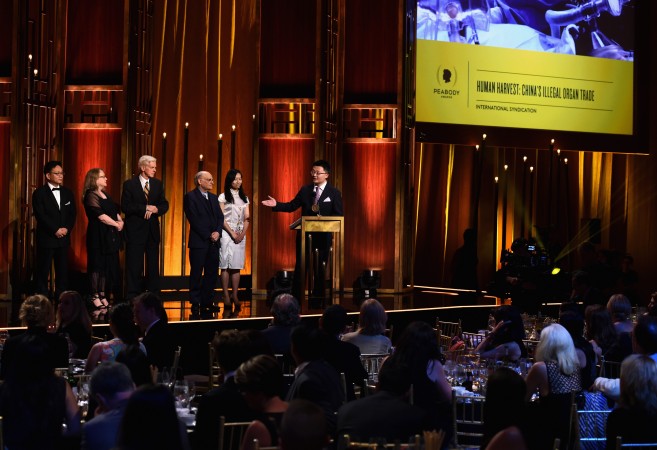 The selection process perhaps runs longer than a marathon. Of the nearly 1,200 submissions, the board of jurors selected each of the winners unanimously. After countless hours of listening and viewing, and almost 100 hours of meeting face to face in Los Angeles, Philadelphia, and Athens, Ga., all 17 jurors said yes to all of the 40 winners.

“Let me tell you the pleasures of the process of reaching unanimity cannot be overstated,” Dr. Jones said during his opening remarks.

“There is a lot more quality that we reach in the choices [we make], and go beyond some of the other award ceremonies,” said Eric Deggans, a TV critic for NPR and a Peabody board member. 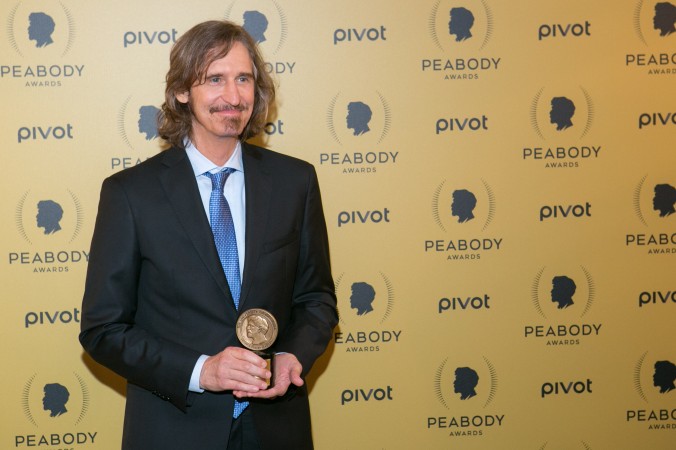 The jurors pay as much attention to the telling as to what is being told, henceforth they encouraged ceremony attendees to use the hash tag #StoriesThatMatter.

But how do you know what stories matter? Jones asked rhetorically on the Peabody Awards stage. Then he proceeded to quote the climactic exchange between Frodo and Sam in “The Lord of the Rings,” at the end of “The Two Towers” film:

“When all seemed at a loss in facing the evil, Frodo sullenly asked, ‘What are we holding on to Sam?’ to which the wise friend simply states, ‘There’s some good in this world Mr. Frodo and it’s worth fighting for.’”

We are honoring things that other people are not paying attention to.

While the Peabody awards all genres in electronic media—in the categories of entertainment, documentary, news and radio, education, children’s programming, public service, institutional, and individual awards—Sam’s answer to Mr. Frodo rings true most obviously with the news and documentary winners.

Submissions were grouped by general topics such as war, terrorism, the Ebola outbreak, racial discrimination, environmental degradation, immigration, and so on and were preselected by committees. But there was one documentary film that, as far as topics are concerned, stood on it’s own.

“Tonight we celebrate storytellers that illuminate the darkness and danger of our current condition. … We celebrate those who shine a light on the human organ trade in China …” Jones said in his speech, and after mentioning other heavy topics, he gave a hilarious imitation of James Brown, in reference to one of the awarded documentaries, “Mr. Dynamite,” for some timely comic relief. 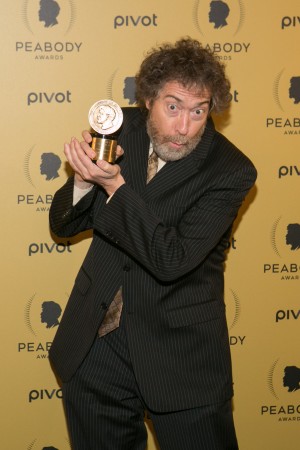 “Human Harvest: China’s Illegal Organ Trade” delves into how prisoners of conscience in China are used as a live organ bank and systematically killed during surgery for the Chinese regime’s illicit transplantation business.

The filmmakers interviewed Nobel Peace Prize nominees David Kilgour and David Matas, who have been investigating the atrocity since 2006. They estimated about 40,000 to 60,000 people have been killed for their organs in China. Another investigator, Ethan Gutmann, estimated 65,000, yet despite the differing estimates, the three agree it is probably just the tip of the iceberg.

She was arrested for simply wanting to be a better person, believing in the universal principles of truth, compassion, and tolerance.

Director Leon Lee with his award along with others who worked on the award winning film “Human Harvest,” at the 74th Annual Peabody Awards ceremony at Cipriani Wall Street on May 31, 2015. (Cindy Ord/Getty Images for Peabody Awards)

Investigations started shortly after the ex-wife of a Chinese surgeon revealed that her husband had forcefully removed thousands of corneas from adherents of Falun Gong, a traditional Chinese spiritual practice. She first told Epoch Times what she had witnessed. Her telling is also highlighted in the film, along with organ transplant recipients who went to China for their surgery.

The scale and cruelty of this crime against humanity is hard to grasp, and perhaps the biggest challenge for the filmmakers was to try to tell a story that is too horrific to believe, the producers said.

“This award really belongs to David Matas, David Kilgour, Ethan Gutmann, and the many others who work tirelessly to bring an end to this crime against humanity. It belongs to the innocent Falun Gong practitioners and other prisoners of conscience in China. … I am honored to help tell their story,” the producer of the documentary, Leon Lee, said in his brief acceptance speech.

Facing such a crime against humanity, as a human being you have a decision to make.

Standing with him on stage was Crystal Chen, a woman who was arrested five times in China for practicing Falun Gong. She was arrested for simply wanting to be a better person, believing in the universal principles of truth, compassion, and tolerance.

“She was forced to undergo multiple blood tests in the labor camp,” said Lee, speaking about Chen. “If any one of those tests came up as a match for an organ transplant … she wouldn’t be here with us tonight. Every day, there are people who aren’t as lucky as her, and we can’t stop our work until forced organ harvesting in China is ended.”

Maureen Ryan, TV critic of AOL/Huffington Post and Peabody Awards board member, said on the red carpet, “‘Human Harvest,’ I really liked the fact that it was restrained. It could have been a very sensational topic, but it was handled in a very restrained way. … We are honoring things that other people are not paying attention to. Is it on CNN 20 times a day? No, but this is something that people need to know about, so if we can help shed our little ray of light on these things, then I’m all for it.”

Leon said he was “thrilled” to receive the Peabody Award as it would help spread more awareness about this crime against humanity.

When asked if he’s surprised there aren’t more documentaries or coverage on this topic, he said, there are probably many reasons, but “now is the time to watch the film … to make up your own mind.”

He continued: “This is not an issue of race, religion, or nationality. … There are many crazy things happening in the world right now, but harvesting organs from prisoners of conscience has to rank on top somewhere. Facing such a crime against humanity, as a human being you have a decision to make. My question to you is, what are you going to do about it?” he said with conviction. 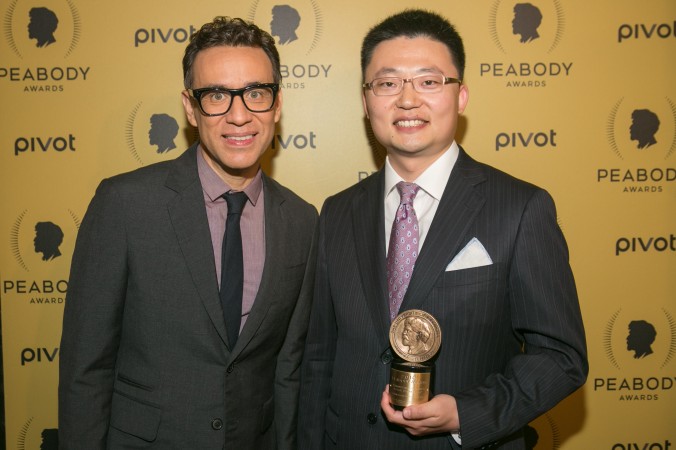 Storytelling is powerful as it clarifies issues and events that are hard to comprehend, and once we can make sense of them we are then able to do something about it. Echoing Sam’s plea, there is plenty of good in the world to defend, such as innocent schoolgirls wanting an education.

CNN correspondents Nima Elbagir and Isha Sesay received their Peabody Award for their coverage of the 276 Nigerian school girls who were kidnapped by the Boko Haram terrorist organization over a year ago.

At least 219 of them still remain captive. About 234 other women and girls were rescued from Boko Haram a couple of weeks ago and 214 of them were visibly pregnant, according to Sesay. “We know that what these girls have endured has been a horror that we can’t even begin to contemplate,” Sesay said. Now it’s a matter of the communities coming to grips with that reality.

We know that what these girls have endured has been a horror that we can’t even begin to contemplate.

“What people forget is that when the girls come back, that’s not the end of it,” Nima Elbagir said. The best analogy that could describe it she said, “It’s like trying to bring up the child of a rapist, except it’s for of an entire community, so how do you try to come to terms with the fact that the murderer, the rapist, the person who has ripped apart your families, that is a child that is now having to be embraced by the population, and that is the big concern.”

The Power of Reconciliation

A man who believes in freedom and democracy was arrested, held in solitary confinement, tortured, and exiled. He lost his arm when it was blown off in Mozambique in 1988. After enduring such unfathomable hardship, and after apartheid ended, he went back to South Africa to help write the constitution, and served on the constitutional court for 15 years.

To this day, Albie Sachs is grateful for being alive. He helps us “see that there’s a way around vengeance … that there has to be reconciliation,” said Abby Ginzberg, producer and director of “Soft Vengeance: Albie Sachs and the New South Africa,” another Peabody award-winning documentary.

“I feel like that is a lesson we all need to learn as we move forward. I mean they can use a little reconciliation in Ferguson … in Baltimore, in ….”

I feel like there are big lessons to be drawn from the South African experience,” Ginzberg said.

There’s a way around vengeance … there has to be reconciliation.

She met Albie Sachs in 1974 when he was living in exile, supporting the anti-apartheid movement. She never forgot him. She was a student at the time also supporting the movement. She said, “The idea for the film didn’t hit me until 2009, so it was gestating for a long time without me knowing it.” It came to pass how obvious it turned out to be a story that had to be told.

“An individual who has been wronged, confronting his adversary, his tormentor, and saying somehow ‘together we are going to move past this, into a different place,’ that ripples out. That’s the model that Mandela and so many of these South Africans embodied,” Ginzberg said with her clear, blue eyes gleaming. 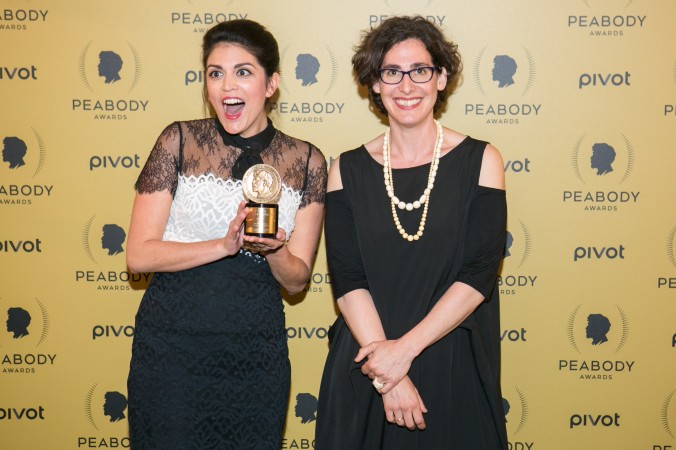