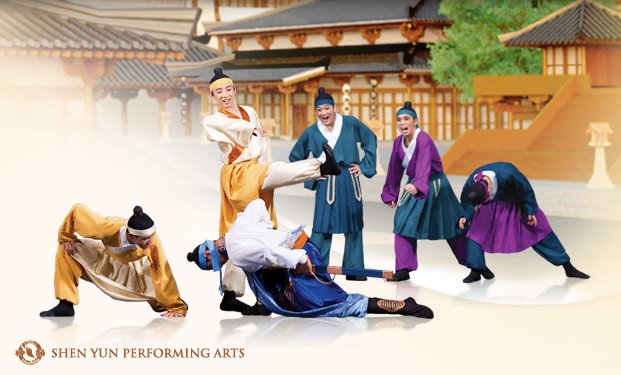 A Chinese Classic Idiom “胯下忍辱- to endure the humiliation of crawling between one’s legs”.

Chinese Idiom: 胯下忍辱, “to endure the humiliation of crawling between the legs”

Our first idiom comes from a story featured in Shen Yun, about one of China’s most brilliant military strategists, the great general Han Xin.

Han Xin grew up in a poor family. At a young age, he began to practice martial arts. As such, he always carried a sword. One day while walking down the street, a street ruffian blocked his way and called out to him: “Though you are tall and strong, you are still a coward.”

In front of all the townspeople, the ruffian continued, “If you are not afraid of death, then chop off my head. But if you are afraid, then crawl underneath my legs.”

Back then, to crawl between another’s legs was a humiliating act, especially for a warrior. Han Xin thought about it for a while, stared the bully in the eye, and slowly bent over to crawl beneath his legs. All the townspeople laughed at Han Xin, thinking he was indeed a coward

Later, when Han Xin was named the King of Chu, he sent a servant to find the ruffian who had once humiliated him. He said to the ruffian, “At the time I could have easily killed you, but I would have paid with my life. If I had tried to prove my skills then, could I have gotten to where I am today?”

This story tells us that a key moment of tolerance can lead to a lifetime of success.