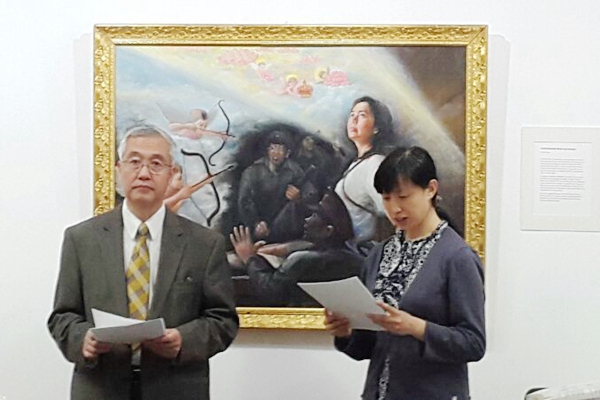 People attend an art exhibition by AAFOH (Artists Against Forced Organ Harvesting) in New York on May 10, 2016.

The exhibition features artwork about human rights abuse in China as well as Falun Gong practitioners speaking out against injustice in China. 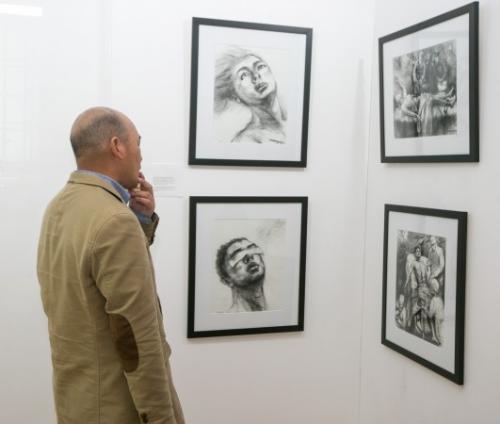 Li and eight other artists from Europe, Australia, Canada, Taiwan, and the United States are part of a newly formed alliance, Artists Against Forced Organ Harvesting (AAFOH), which took shape in November last year. Through the alliance, the artists seek to bring international awareness to what remains China’s most heinous state-sanctioned crime of using Falun Gong practitioners’ bodies for profit.

As a call to other artists to join the alliance and to publicize the issue, AAFOH held its inaugural one-day show and press conference in New York on May 10. The exhibition included oil paintings, traditional Chinese paintings, visual dimensional animation, and computer-generated art.