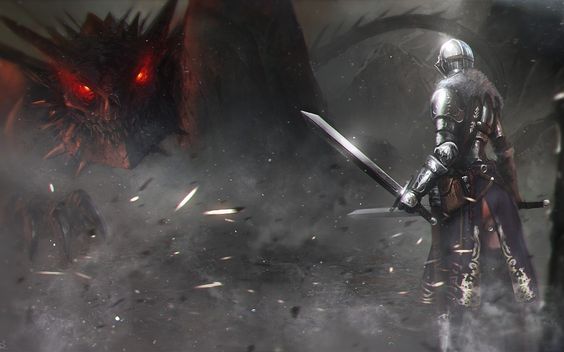 There is a polish legend that tells, with luxury of details, the founding of the city of Krakow. This city is considered to be one of the largest in the country, after its capital, Warsaw. The legend tells us about the arrival of a nightmarish creature, that with its presence alone, brought terror to the people. Once installed to a cave nearby, it demanded cattle offerings to the villagers. If that claim wasn’t attended, this bloodstained monster, would fly out of the cave to devour anything on its path.

But even against all odds, evil can’t perdure forever, and virtue make its way through the hardships. There was an unknown young man from the XIII century, whose courage and wisdom knew no bounds. His name was Krak. The epic tale of this founding hero started when the king of medieval Poland proclaimed the killing of the dragon. In a short time, knights from all over the country gathered around to try their armours and swords against it. Unfortunately, those weapons didn’t managed to even scratch Wawel Dragon’s skin and many of them died under battle. The mythical beast continued to devour animals and pillaged the goods of citizens from around the country, leaving fire and plunder behind.

After the failed attempts from the greatest warriors from the kingdom, Krak felt a sense of duty and decided to do something about it. No one expected that a simple strategy, would be so effective. Our hero left a dead lamb filled with sulfur near the entrance of the cave and went hide himself. The intense appetite condemned the dragon’s fate. After swallowing the sheep, the sulfur started a piercing burning effect on the beast’s stomach, putting an end to its life. The happiness flourished among the people over Kraks’ victory. This merit allowed him to marry the princess and found a citadel under his name, Krakow. Many other stories said that Krak ruled with righteousness.

Under the city of Krakow, there still can be found evidence of the mythical beast and of the brave attempts of the heroes. Many stories talk until this day about dragons who breath fire since early as V B.C. Nowadays, there is a big stone sculpture of the dragon who once terrorized the people of this land. Despite the shroud of mystery who covers the legends, what this deeds teaches is that virtue, ingenuity, and braveness play a much more important role than the brute force of weapons.