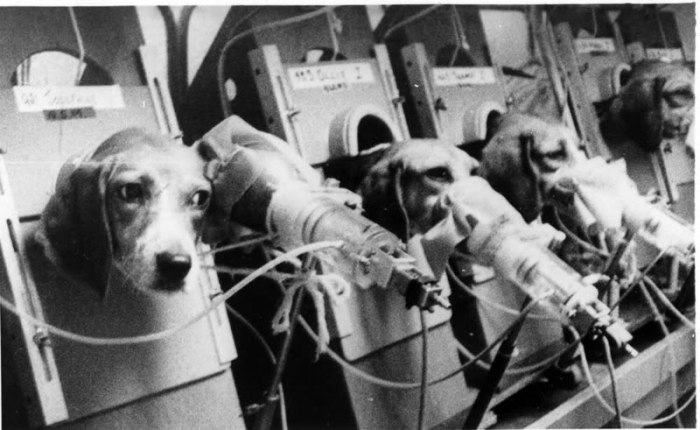 It was not her coinage but Mary Beith, who died last month, provided an memorable photo behind the phrase, “Smoking Beagles”.

In 1970, Dr. Oscar Auerbach revealed that he had trained 86 beagles to smoke and 20 of them developed cancers. It was an experiment that proved for the first time the link between large animals exposed to cigarette smoke and cancer; it caught the tobacco industry unaware and opened the floodgates as both sides frantically rushed to prove or disprove harmful effects of cigarettes via a frenzy of animal testing.

It was amidst this controversy that Mary Beith went to work for Imperial Chemical Industries in the summer of 1974, but she was different from other workers. She had been engaged by The Sunday People in Manchester to work undercover at various animal research laboratories. She chose ICI’s Macclesfield labs for the simple reason that it was close to her home.

She could not produce her insurance cards (which would betray her journalistic background) so she pretended they had been mislaid. It was just perhaps the trusting nature of those days, but the company gave her three days to find them or face dismissal. Inside, she saw beagles forced inhale as many as 30 cigarettes in a day to test ‘safe’ non-nicotine cigarettes, called New Smoking Material.

A darkroom was set up in a van parked near the lab and Beith was given a tiny camera, which she concealed in her bra. But when she took the film back, staff laughed at her efforts, one telling her: “The next time you take pics of those beagles, Mary, please be sure to take your finger off the lens”

The next day, she smuggled in a larger camera and took the photo above. The paper sat on the story for several months until publishing it on 26th January 1975 on the frontpage. It coincided with Richard Ryder’s powerful book against animal testing, Victims of Science. These incidents provoked strong and violent backlashes from animal rights activists, and with the imprisonment of two such figures from the Animal Liberation Front, a new chapter in animal rights law would soon open.

As for Mary Beith, she won an award as campaigning journalist of that year; ironically for the reporter best remembered for an anti-tobacco story, she was a lifelong smoker and died last month after a long battle with an aggressive form of lung cancer.