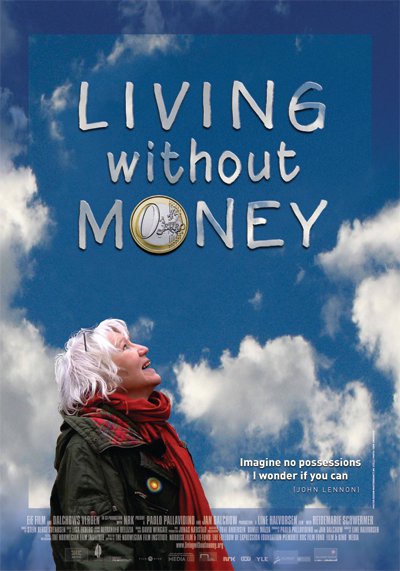 A German woman by the name of Heidemarie Schwermer has been living out her life as any other person would. She gets the things she needs in order to survive in the world such as food, clothing, and a place to call home. The only difference between her and many others nationwide is that she obtains the things required without having to spend a dime for any of it. Schwermer has proved that money is not needed in order to have a good, healthy, and fulfilling life.

In 1996, Heidemarie wanted to try to live without currency, adding up the results as an experiment, proving that money was not needed in order to live a good, comfortable life. Being a former schoolteacher and a former psychotherapist, she felt as though she did not have much to lose. During childhood, Schwermer went through hardships as she was deprived of simple things, being a fleeing refugee in the time of World War II. When her family reached a safe place to lay their heads, somewhere in Germany, they were all but poor. Because of this, Heidemarie felt sympathy and empathy towards the less fortunate and homeless individuals.

According to a few articles, some people have found this German grandmother to be a provocation because of how she lives. Others, it would seem, appreciate just how simple her life is without the use of money. Schwermer herself in an interview said that she finds she is happier not having to spend money on every single thing she needs. Two years before partaking in her experiment, she was the owner of a swap shop. A swap shop is like a modern-day barter and trade center. Here, people would go and barter for whatever it is they needed as well as giving Schwermer what she would want from them or need. Goods would come to her as well as items of food. The swap shop appeared to be such a great success in business that this German woman left her job and even gave away most of what she owned.

“I grew tired and annoyed with just how greedy and consuming society was and is.” she said according to the Australian Times. At first, many of those connected to Schwermer seemed to be puzzled by her choice whilst others did not seem to accept it right away. Even her two daughters were confused at to what their mother was doing but accepted her choice of lifestyle later on. This did not stop her, however, as she then proceeded to move out of the rental home she occupied. She made a decent living with the swap shop, trading services such as therapy and gardening along with goods and food. This also gave her the chance to have more than just one place to call home as she was able to even travel without spending any cash.

Schwermer said that her new-found living gave her the freedom that most people did not have. She found it liberating, refreshing and gave her the sense of inner wealth. Even when revenue from the three books written by Heidemarie came in she did not keep a singel cent of it, giving it away to people on the street. Her experiment was more than just a success in her eyes, as she believes that she has proven that living a good life does not need money for more than 16 years. Schwermer is happier and has lived what seems to be a fuller life because of the choice she made.